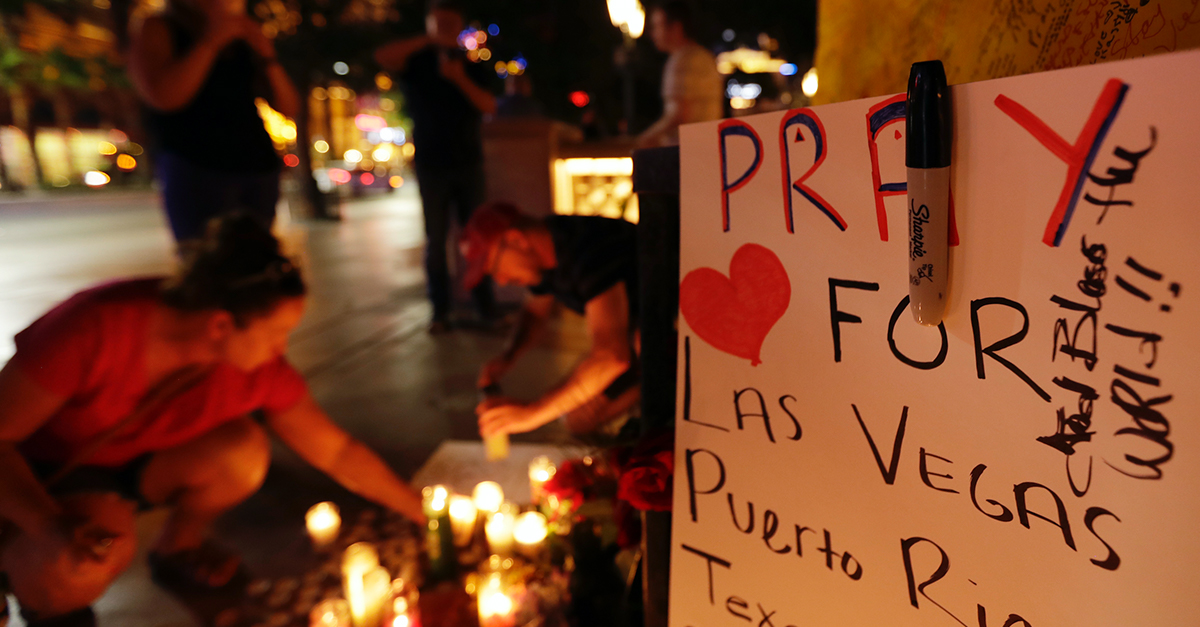 (AP Photo/Gregory Bull)
People pause at a memorial set up for victims of a mass shooting in Las Vegas, on Tuesday, Oct. 3, 2017. A gunman opened fire on an outdoor music concert on Sunday. It was the deadliest mass shooting in modern U.S. history, with dozens of people killed and hundreds injured, some by gunfire, some during the chaotic escape. (AP Photo/Gregory Bull)

On Friday morning the Clark County coroner identified to the public the final victims of a recent mass shooting in Las Vegas.

The names and DOB of all those killed in Las Vegas via @ClarkCountyNV pic.twitter.com/85aucZBvPL

“Coroner John Fudenberg extended condolences to all those affected by the incident and encouraged families to contact the Family Information Center located at 1704 Pinto Lane in Las Vegas if they need any assistance related to the Coroner’s Office processes,” the Clark County public relations team said in a statement.

Brett Schwanbeck, 61, of Arizona was remembered by his fiancée. Schwanbeck was a grandfather of five and a “fun-loving, hard-living man.”

“He enjoyed life, and he’d help out anyone who needed help. … He was such a big, important part of my life,” Anna Orozco told the Washington Post.

The oldest victim was Patricia Mestas of Menifee, California, the youngest Bailey Schweitzer of Bakersfield, California.

Stephen Paddock, a 64-year-old man who lived in Nevada shot and killed 59 people in total, and wounded over 500. He killed himself before police officers were able to breach his hotel room door.

RELATED: “King of Instagram” hides behind a police car, begs for a gun in intense Las Vegas videos