The right to bear swords in public? A new open carry law just went into effect in Texas 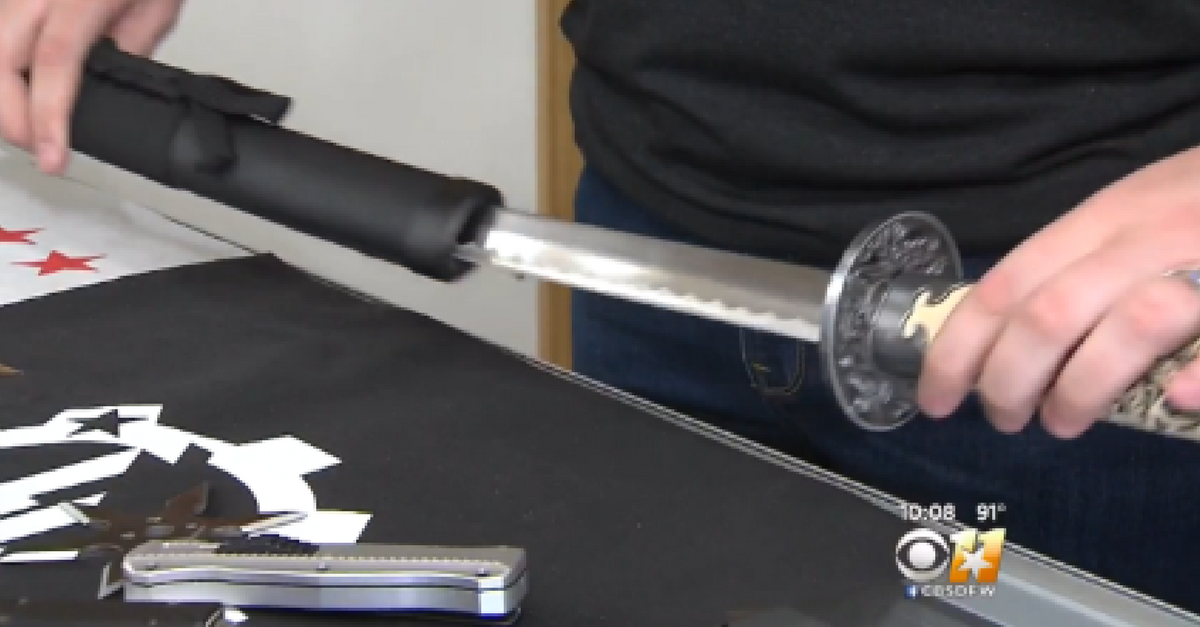 Texans earned the ability to open carry swords on Friday when a new law allowing residents to bring their blades longer than 5.5 inches to most public places went into effect.

In addition to swords, adults in the Lone Star State will be permitted to carry the famous Jim Bowie knife, as well as daggers, dirks, throwing knives, stilettos, poniards, machetes and spears. The new law, which was introduced by Republican state Representative John Frullo, was met with resistance after a University of Texas student was killed and three others wounded by a suspect who had been wielding a hunting knife. However, the state legislature compromised by making the blades “location-restricted.”

RELATED: Cleveland’s police leaders wanted to suspend open carry laws, but the governor said he didn’t have that power

While Texans can now walk the streets with a sword, it will still be illegal to take blades exceeding 5.5 inches into specific types of bars and restaurants, schools, universities, polling places, secure areas of airports, racetracks, sporting events, correction facilities, hospitals, nursery homes, amusement parks and places of religious worship. Police are expecting calls from alarmed residents, but they don’t anticipate any violence.

“I’m sure we’ll get people calling like they did with the long guns and we’ll go out and talk to them, but I don’t expect much more than people just trying to make a statement,” James McLaughlin Jr., executive director for the Texas Police Chiefs Association, told the Houston Chronicle.

Violating the new law could carry a third-degree felony charge, up to a 10-year jail sentence and a maximum $10,000 fine.