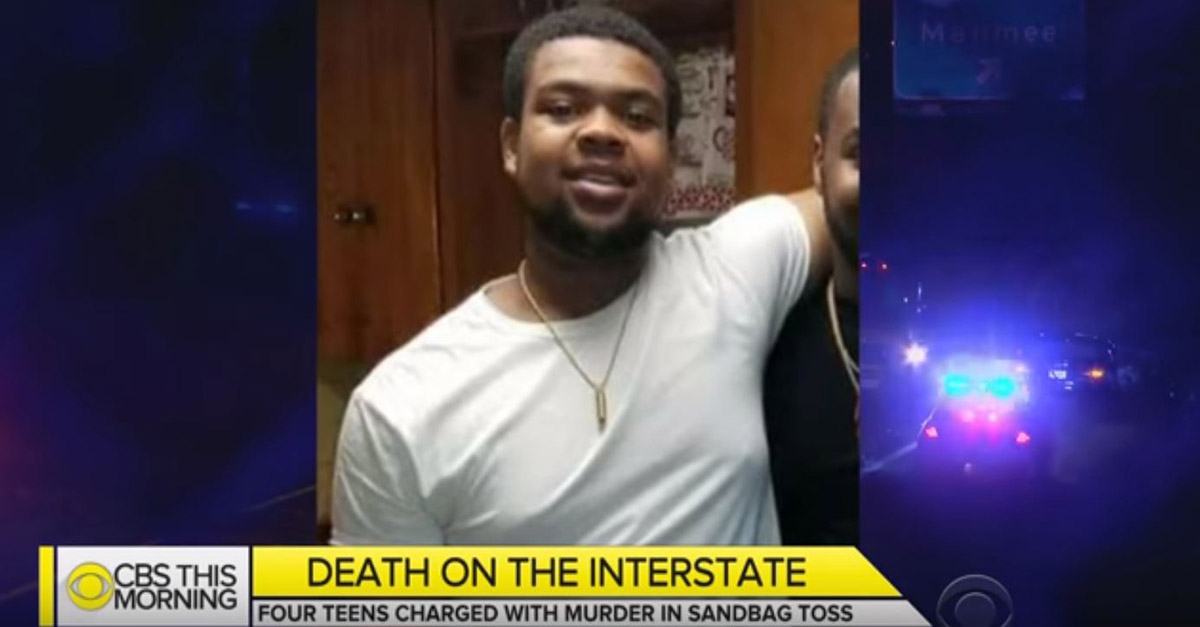 In December, Marquise Byrd was killed in Ohio when four teens allegedly threw a sandbag from an overpass, striking Byrd and leaving him dead. Now, the suspects are facing murder charges, and we’re learning more information about Marquise, including the fact that the young father was planning to propose.

A family friend told PEOPLE that the 22-year-old was planning to propose to his long-time girlfriend on his birthday, the source says, “It would have been a surprise to her, and only his mother knew of his plan,” adding, “He was robbed of being a married father, a husband taking care of his family and living the dream that was almost in his grasp.”

The family friend added, “In his mind, that would have been the greatest gift he could have got on his birthday.”

Bryd’s cousin told The Toledo Blade, “I would appreciate if the boys’ parents could at least call my auntie and tell her they’re sorry.” His cousin described him as “young, energetic, outgoing, lovable,” and added, “He had a bright smile.”

RELATED: A U.S. Army soldier home for the holidays died trying to save people from the deadly Bronx fire

Byrd was in the passenger’s seat, and his friend was driving when the youths reportedly tossed the sandbag from the overpass. It struck Byrd in the head, and he later died from his injuries. In the 911 call to the dispatcher, his friend said that something struck the car and the cops later arrested the teens after seeing them leave the area, CBS reports. Three of the suspects are 14 years old and the fourth is 13 years old. They denied the charges in court.