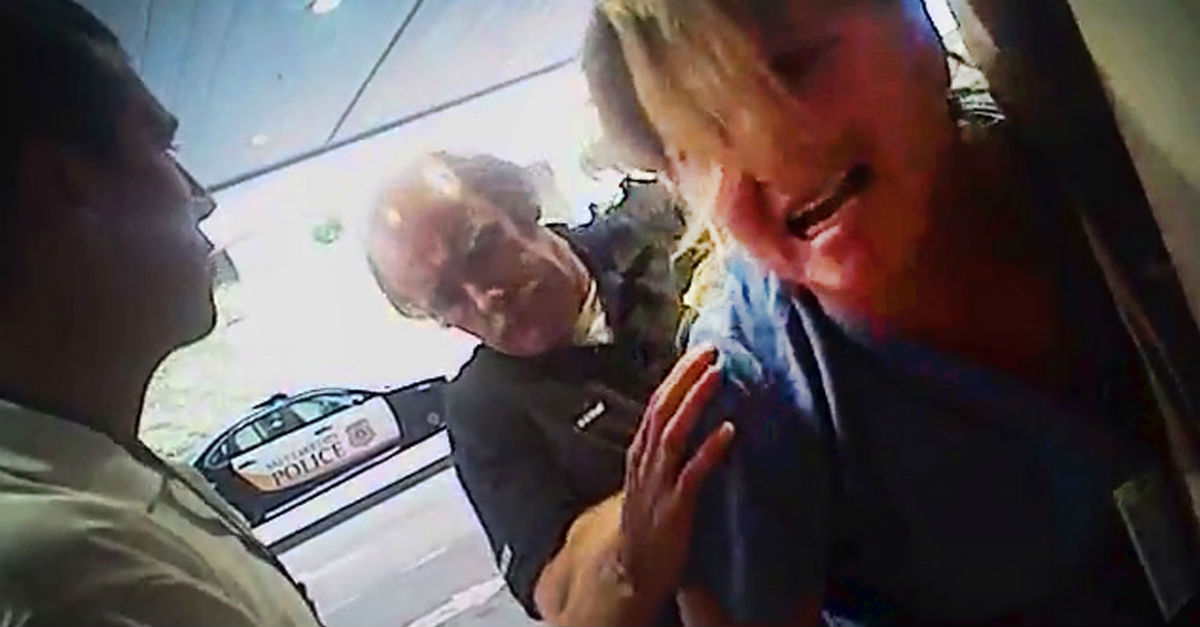 The Utah police detective who was fired after he was caught on video violently arresting a nurse for following hospital protocol has formally appealed the decision, according to his lawyer.

Detective Jeff Payne has asked to appear before a Salt Lake City employment board to challenge his dismissal and to make his case that his termination went too far. He reportedly believes he was fired because the body-camera footage, which shows him dragging Alex Wubbels outside and handcuffing her after she refused to draw blood from an unconscious patient without a warrant or consent, garnered negative attention and backlash online.

RELATED: That cop caught on video violently arresting a Utah nurse just got some bad news

According to a letter released when Payne was fired on Tuesday, Chief Mike Brown was “deeply troubled” by the detective’s “lack of sound professional judgment” and his “discourteous, disrespectful, and unwarranted behavior, which unnecessarily escalated a situation that could and should have been resolved in a manner far different from the course of action [he] chose to pursue.”

In his appeal, Payne’s lawyer indicated that the detective “believes the decision to terminate his employment with Salt Lake City Police Department was improper” due to a “lack of prior disciplinary history” and the “circumstances of the events leading up to the disciplinary decision.”

Payne’s termination follows his 27-year career with Salt Lake City Police. While he earned commendations for solving burglary cases and being shot in the shoulder during a traffic stop in 1998, he was disciplined twice during his tenure, one instance of which was for sexually harassing a coworker in 2013.

RELATED: The cop who arrested a nurse for not cooperating could answer to the FBI