Retired Lt. Gen. Harold G. “Hal” Moore, the American hero known for saving most of his men in the first major battle between the U.S. and North Vietnamese armies, has died. He was 94.

Joseph Galloway, who with Moore co-authored the book “We Were Soldiers Once … and Young,” confirmed Saturday to The Associated Press that Moore died late Friday in his sleep at his home in Auburn, Alabama.

“There’s something missing on this Earth now. We’ve lost a great warrior, a great soldier, a great human being and my best friend. They don’t make them like him anymore,” Galloway said.

RELATED: It’s (another) boy! Mel Gibson is now the proud papa to his ninth child and fans are flipping over the name

Moore was best known for his actions at the 1965 Battle of Ia Drang, where he was a lieutenant colonel in command of the 1st Battalion, 7th Cavalry Regiment. His actions were later reflected in the movie “We Were Soldiers,” in which actor Mel Gibson portrayed Moore. The book tells what happened to virtually every trooper involved in the 34-day campaign and the climactic four-day battle in which 234 Americans died at landing zones X-Ray and Albany in November 1965.

Galloway, a former war correspondent for United Press International, said Moore was “without question, one of the finest commanders I ever saw in action.”

“Those of us who survived Landing Zone X-Ray survived because of his brilliance of command. I think every one of us thought we were going to die at that place except Hal Moore. He was certain we were going to win that fight and he was right,” Galloway recalled.

Galloway and Moore wrote a second book, “We Are Soldiers Still,” which he said grew out of a journey back to the battlefields of Vietnam 25 years later. “We went back and walked those old battlefields. At the end of the day, Hal Moore and Col. Nguyen Huu An, the North Vietnamese commander, stood in a circle in the clearing and prayed for the souls of every man who died on both sides.”

He said the two shared an “instant brotherhood that grew out of combat.”

“When we were discussing the book contract with a lawyer/agent, he asked to see the contract between me and Hal Moore, and Hal Moore said, ‘I don’t think you understand. This isn’t just a matter of money. We have trusted each other with our lives in battle and we have no contract before that.’ I absolutely agreed.”

On a Facebook page managed by Moore’s family, relatives said he died on the birthday of his wife, Julia, who died in 2004 after 55 years of marriage.

“Mom called Dad home on her day,” the statement said. “After having a stroke last week, Dad was more lethargic and had difficulty speaking, but he had always fought his way back.”

Before serving in Vietnam, Moore graduated from the United States Military Academy at West Point and then commanded a battalion in the newly formed air mobile 11th Air Assault Division at Fort Benning.

Born in Bardstown, Kentucky, he served in the U.S. military for 32 years.

Galloway said the family has tentatively scheduled a religious service Friday in Auburn and a memorial service at the National Infantry Museum at Fort Benning Army Base in Columbus, Georgia. 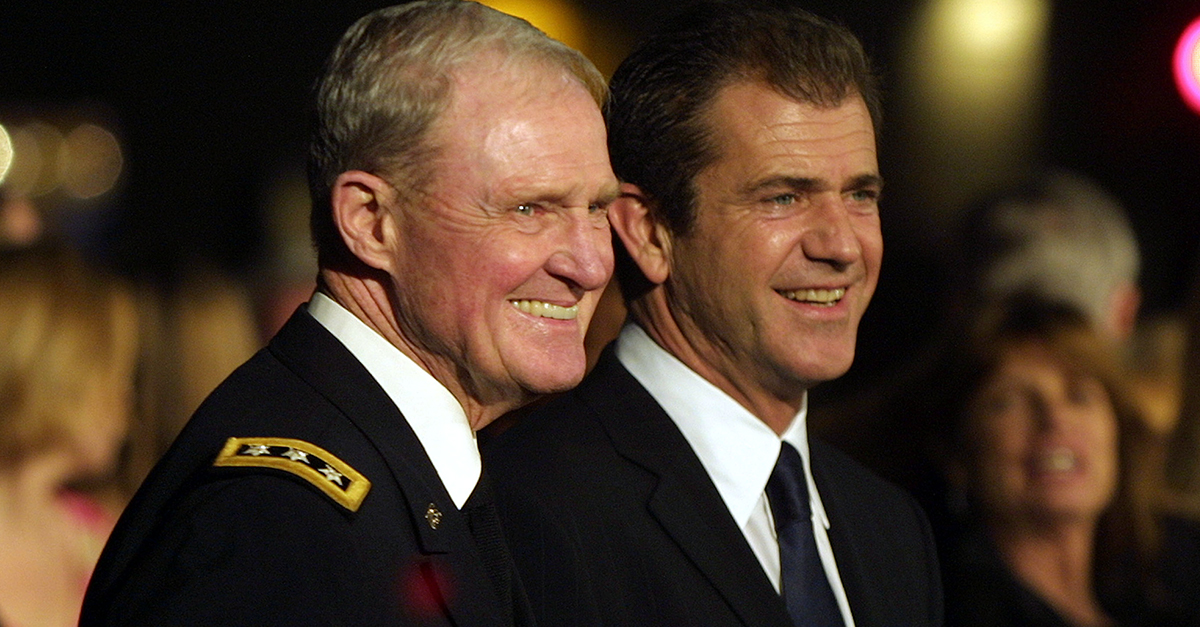