Menu
Follow us
Search
Menu
Search
President-elect Donald Trump, left, arrives to speak at an election night rally with his son Barron and wife Melania, in New York. Trump says he will move to the White House but his wife and young son will follow him at the end of the school year. On Sunday, Nov. 20, Trump spoke to reporters gathered at his golf club in Bedminster, N.J., during a day of private meetings with potential administration officials. (AP Photo/Evan Vucci, File)

In a statement released Tuesday, the White House asked citizens and media alike to stop teasing and analyzing Barron Trump.

“It is a longstanding tradition that the children of Presidents are afforded the opportunity to grow up outside of the political spotlight. The White House fully expects this tradition to continue,” the statement said.

President Trump’s youngest child became fodder for talk show hosts and internet debate after a “Saturday Night Live” writer made a joke about him on Inauguration Day.

Katie Rich said that Barron “will be this country’s first homeschool shooter.” Rich was later suspended from the show and apologized for her comment.

In the wake of Rich’s remarks, many people stood up to defend Barron, including someone who knows what it’s like to be ridiculed by the public.

“All children need to be protected from bullying + mockery. (incl. Barron Trump),” Monica Lewinsky wrote on Twitter. “Let’s be better than this.”

all children need to be protected from bullying + mockery. (incl #barrontrump). let's be better than this. https://t.co/CH3IfdpQpu 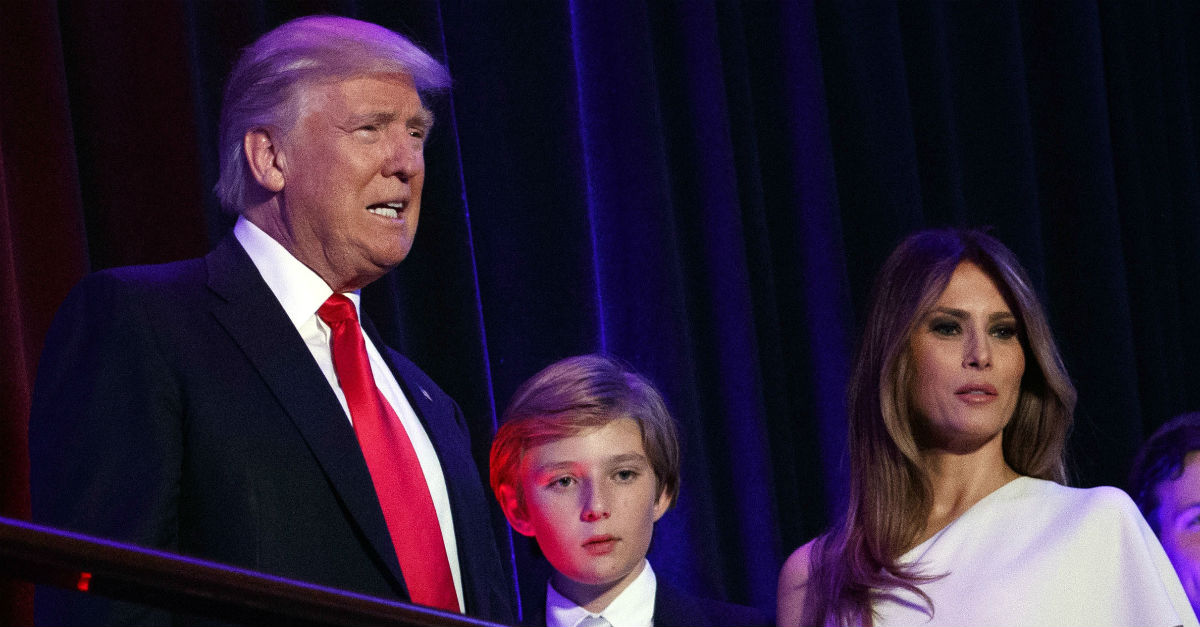