The world’s tiniest inhabited island sure is quaint, but if you don’t watch your step, you’ll be in the drink 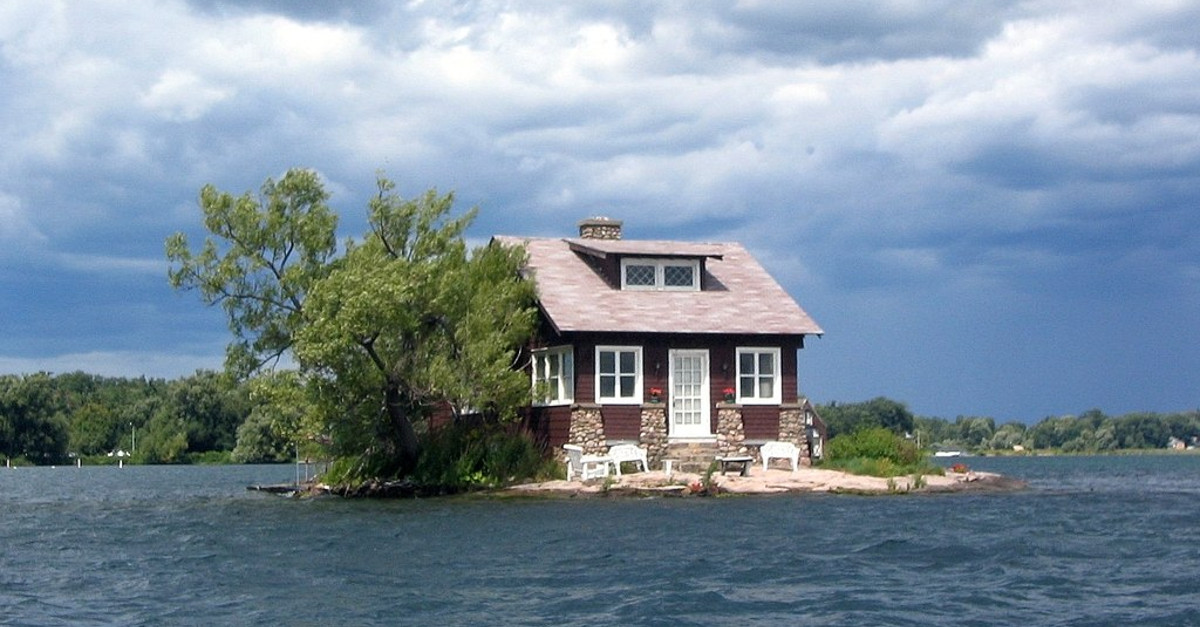 When thinking of islands, pristine beaches and palm trees typically come to mind. But when it comes to the world’s smallest inhabited island, well, that’s not exactly the case.

The island, aptly named Just Room Enough Island, literally has just enough room for a modest house, a tree and a few small shrubs. It’s so small, it looks as if a big storm would swallow the whole place.

The speck of land is located off Alexandria Bay in the St. Lawrence River as it flows northeast out of Lake Ontario. The river separates New York from Ontario, Canada.

Condé Nast Traveler said the island is one of 1,864 located on the river and is part of what are called the Thousand Islands. Just Room Enough Island didn’t always hold the title of world’s smallest inhabited island.

The Guinness Book of World Records previously gave that distinction used to Bishop Rock, which was basically a lighthouse off the English Isles of Scilly. When the lighthouse became fully automated in 1992, there was no reason for it to be inhabited, and so Bishop Rock was scratched from the record book, according to Condé Nast.

Just Room Enough Island was previously called Hub Island. But in the 1950s, a family named the Sizelands — oddly enough — purchased the Hub Island. They planted a tree and built a house that took up nearly the rest of the tiny land mass.

RELATED: Richard Branson describes what he made Harry Styles do on his private island — and people loved it

And then they changed the name.

But if the Sizeland family had actually desired for their tiny house on their tiny island to be some kind of quiet getaway, they simply didn’t account for the human interest factor. It didn’t take long for curiosity seekers to start constantly cruising up and down the river.

Just Room Enough Island appears to be about 3,300 square feet, Condé Nast estimated using Google Earth. That measurement is smaller than Bishop Rock, so even if someone makes their way to the lighthouse again, the title of World’s Tiniest seems safe.

It’s so small that all we know is, the paperboy better have really good aim.