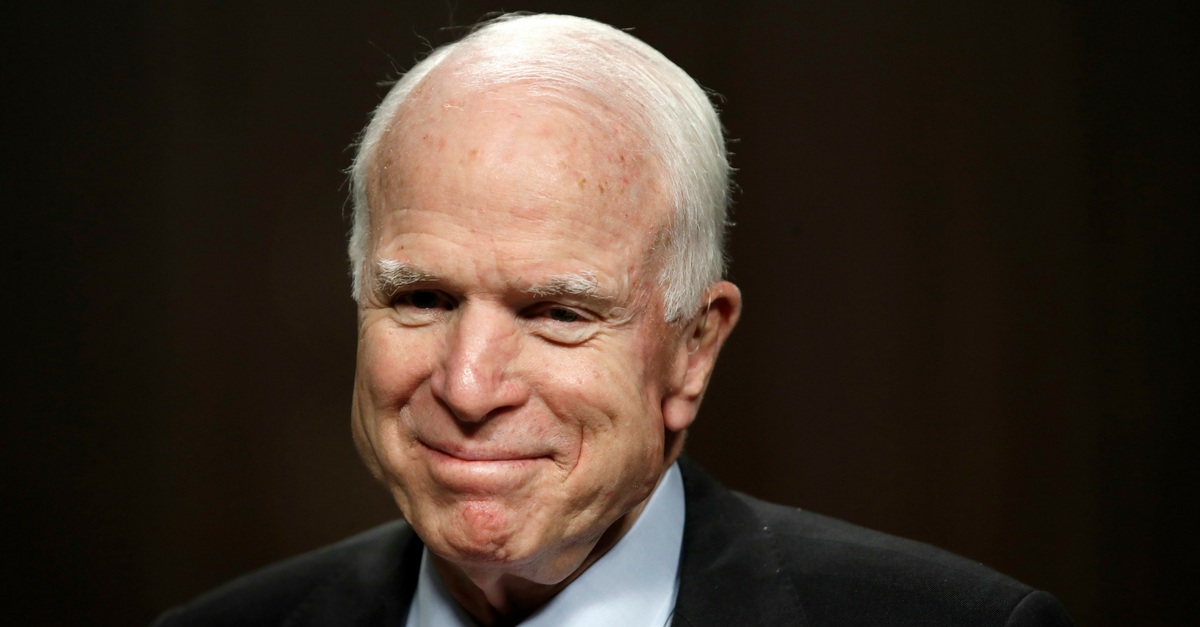 As most Americans slept, the United States Senate spent the night voting on a “skinny” bill that would repeal the Affordable Care Act and leave many questions about the future of health care.

Watch the moment Sen. John McCain voted no on the "skinny repeal" of Obamacare https://t.co/GDAnAVg5Sw pic.twitter.com/LjeS7jjhsR

Three Republican holdouts, including Senator John McCain (R-AZ), joined their Democratic colleagues in killing the bill, which had not been subject to any sort of hearing or debate, an unusual measure for a bill of this magnitude. The night’s most dramatic moment came when Senator McCain, who is in Washington against the advice of doctors who are treating him for brain cancer, appeared on the floor of the Senate chamber and voted “no.” Senators Susan Collins and Lisa Murkowski also cast a “no” vote.

RELATED: Vladimir Putin responds to the U.S. Senate’s vote for more sanctions against Russia, and he is not happy

Cheers and gasps were heard throughout the chamber as McCain became a surprise holdout on the bill.

“3 Republicans and 48 Democrats let the American people down. As I said from the beginning, let ObamaCare implode, then deal. Watch!” Trump wrote.

3 Republicans and 48 Democrats let the American people down. As I said from the beginning, let ObamaCare implode, then deal. Watch!

After the vote, which now likely means that tweaks will be made to the Affordable Care Act, Senate Majority Leader Mitch McConnell confirmed his Republican colleague’s worst fears.

When asked by reporters why he voted against his Republican colleagues, Senator McCain kept it short.

“I thought it was the right thing to do,” he replied.