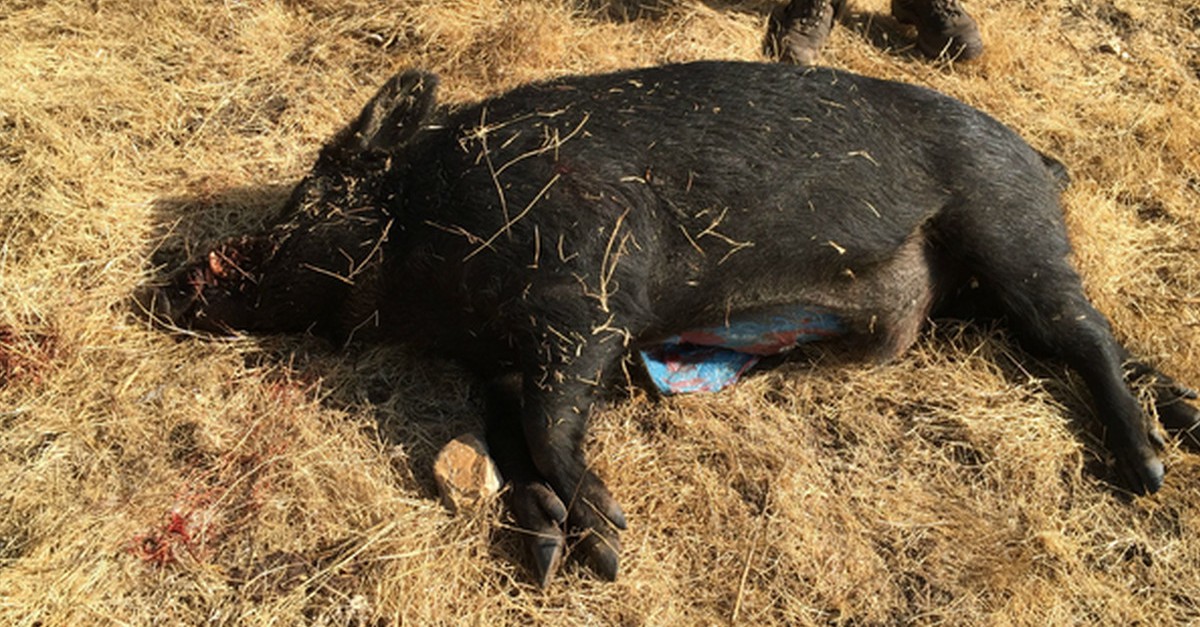 Morgan Hill, California, ranchers shot a wild pig that was on their property, but that is the least weird thing about this story.

When they cut into the pig, intending to have it for dinner, they saw something they’ve never seen before, and can’t really explain. “I know blue pigmentation is often caused from copper poisoning but all that they have are some old mercury mine shafts that they have filled in. They have also shot wild pigs on the ranch before and none of them have been blue,” a Reddit poster wrote about what his in-law found. “Everything else about the pig was normal, the meat, blood, etc. The only weird part was the blue fat throughout the body,” the Internet sharer explained. It is very unusual for fat to be of a blue pigment. They sent the specimen off to a U.C. Davis lab for further investigation to see what the heck is going on. “Anyone knows please feel free to explain because we are at a loss.”

One redditor found a PDF that points to rodent poisoning as a potential culprit.

The most likely explanation is that the pig ate a large amount of rat poison over time. Either that or it ate a lot of rats who had been poisoned themselves. This sort of exposure to rat poison has led the U.S. Environmental Protection Agency to place greater restrictions on those substances. Perhaps these people should have something else for dinner just in case.