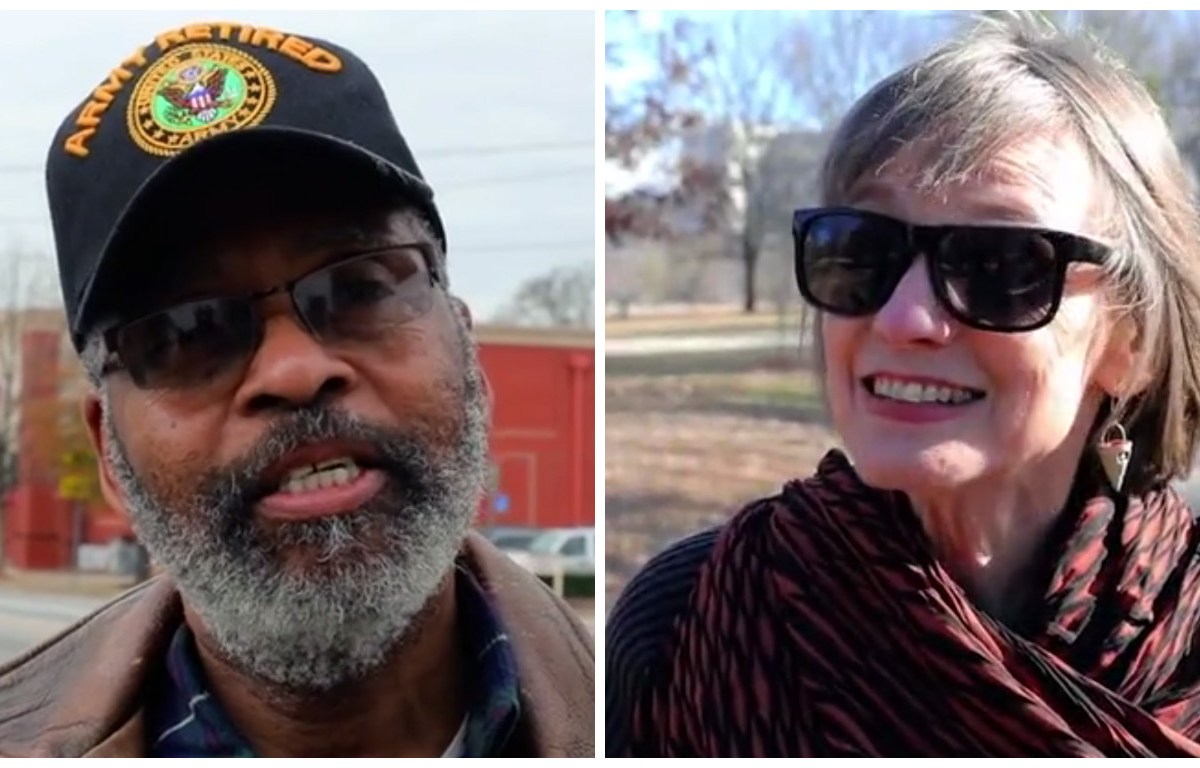 They love their country but, like many Americans right now, have a lot of concerns

Are there two Americas?

After the election of President Donald Trump, the country saw a division among its people. Some exuded joy. Others showed anger and disappointment in their government and the American people.

With every change in power, friction and push-back can be expected.

We want to see how America becomes one again ? one country that exemplifies the values of authenticity, liberty and patriotism.

So over the next few months, we’re going to continue to ask people this question: What makes you a proud American?

Through the “My Fellow Americans” project, we’ll bring you the voices of the American people and show how people near and far from you are feeling about the state of our country.

?Being an American should make everybody proud for more than anything, opportunity. The whole American dream is definitely not dead. If somebody wants to do anything they can with enough hard work. And I don?t know many other places that have it as good as we do for those reasons. Right now it?s kind of tricky, but I hope down the road that we can all see that we?re all on the same side. Make this go our way for everybody, instead of one or the other.? – Drew Dawson, Atlanta

“What makes me a proud American is the freedom ? the freedom to exercise given rights. The freedom to exercise religion number one. My hope is that we can all get along in peace, world peace. If there’s anything that I could change about America is actually giving the power back to the people, that what I would change. I mean by politicians actually working for the people. Getting out in the community and seeing what really needs to be done to help the people. That’s what I would change.” – Troy Antoine, Atlanta

“I hope my grandchildren can grow up in the kind of free America in which I grew up. I see so many freedoms being threatened ? freedom of faith, freedom of speech and freedom to be who you want to be. I just pray that my grandchildren will have the opportunity that I had.” – Jo Merrell, Murfreesboro, Tenn.

“That is a tough question, because I’m a little concerned with what’s going on today in America, in our world period. So many people are just so rigid in the way they see things. I think we need to be really more open in the way we see things. We are all humans here on this Earth, and it’s our goal to really try to get along. There’s a lot of hatred. There’s a lot of fear, and there’s a lot of trepidation I think for a lot of people about everything that is transpiring right now. It’s very different from the entire time that I can remember growing up, and I’ve been around for quite a while. Maybe I wasn’t paying close enough attention when I was a child, but it does seem very different right now in this particular time. I have hope. I have hope that people will wake up, and I think there are a lot of people waking up. I think it takes a lot of courage to wake up. I think it takes a lot of internal work. But it’s worth it. If I’m someone who is just going to hold to my rigid views and not try to be compassionate with others and understand others, then that’s not much of a life.” – Donna Aldridge, Atlanta

“I’m proud to be an American because of all of the opportunities we have. The things we can do opposed to other countries, but, at the same time, there are some other things that maybe it needs changing as far as race relationships, things of that nature. Because it was a change in the election system, it seems that you would like to hope for the best, but you don’t know what’s going to happen. I hope for a fair treatment of all people and not treat certain groups certain ways. If this is America, then I think it should be like America. If this is the land of the free, the home of the brave and all of that, then that’s what it should be. There are some people who might want to change things to suit their needs. And it shouldn’t be that way.” – Donald Robinson, Atlanta

“I’m proud to be an American because my father served, and for over twenty years, my brother served. And I can’t thank all the veterans, all the men and women that are out there fighting for us now. I have chills just thinking about what they’re doing for us, and I can’t be more proud and more thankful to them. [My hopes are] to continue with our freedom; to continue to help other people. But let America come first for a change. That’s what I think we deserve.” – Diane Ray-Cannup, Atlanta

“I’m proud to be an American because I originally came from England, and I was allowed to be naturalized into this country, and now I have the access to opportunities that I never would have when I was overseas. So, I have a special appreciation for that. I thank God every day.” – Charlotte McClelland, Atlanta

“I’m proud to be an American for our freedoms. Our freedoms to move around the country as we want. Our freedoms to buy what we want. And I’m hoping that now that we have a decent president, we can get even more free.” – Nick Ecker, Atlanta

“Probably one of the biggest things that comes across my mind is, we’re all different walks of life of people in this country, and we do have the ability to work out our problems if we use common sense — and don’t listen to the media! [I hope that] the economy rebounds, everybody has a decent job, can make a decent living to be able to supply the needs for their families. – Bodock, Canton, Ga.

“I’m proud to be an American because I’m able to live in the greatest country in the world, where we’re free, and we’re free to do what we want, within reason. We’re free to travel, and travel on motorcycles, and ride with our brothers and sisters. You can pretty much be into whatever you want here as long as you ain’t bothering anybody, and that’s a good place to be. I hope that people would just realize what’s really important and stop being pissed and stop being upset about stuff that doesn’t really matter in the long run of things. We’re all just people, and let’s all just get along.” – Jeff Musat, Canton, Ga.

“What makes me proud to be an American is obviously the fact that I was born in America, which I believe to be the greatest country on the face of the Earth — because it was based on values at the core of freedom and true freedom, that being freedom of religion, and our heritage since 1776, and our separation from England, and all the way back to that. My father, my grandfathers all fought in wars. They put blood on the pavement to make this country what it is. But this is America, and it’s great because I believe it’s for the most part been blessed by God, and He had His hand in it. My hope for America is that we can, in a sense, do away with all the political correctness, get back to our core values, and really focus on America as opposed to being a world police. My hope is that the radicals on either side can be extinguished from the news and that we can possibly have a media that wasn’t so biased and wasn’t so fake. And that’s not just from Donald Trump being president; that’s a perception that’s been for a long time. In addition to the fact that we can remember our heritage, all of it, from the get-go, and be proud of it, and learn from it.” – Moondog, Atlanta