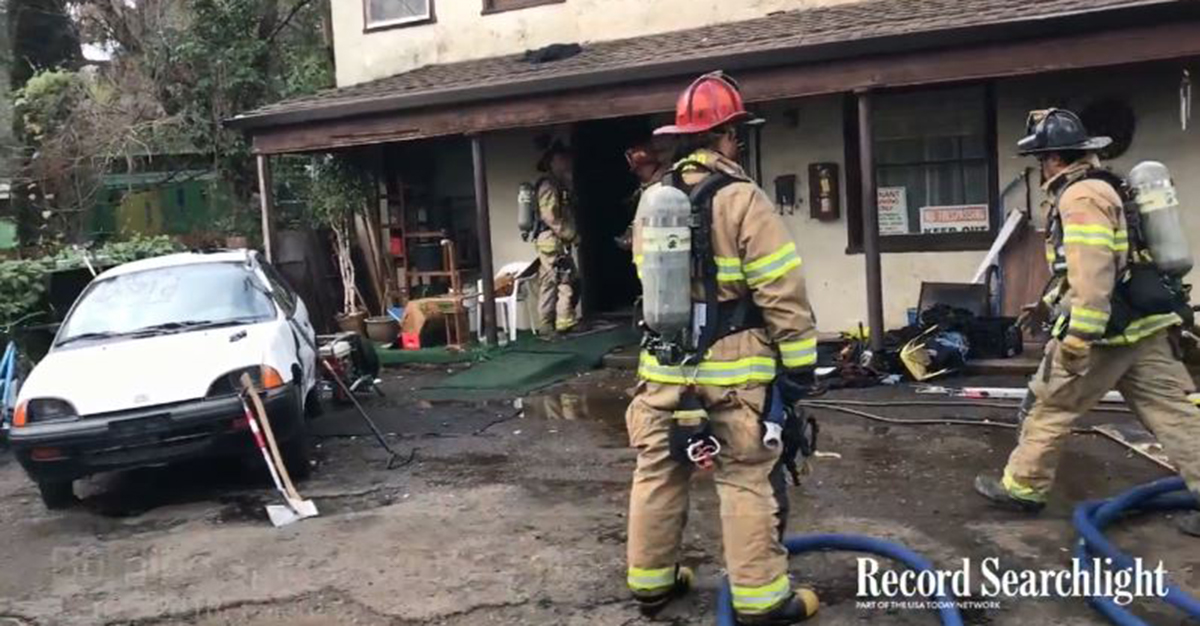 Usually a can of Raid or an old shoe is effective at killing spiders, but apparently this particularly large spider demanded death by torch lighter.

However, the plan to eradicate the arachnid from the Redding, California, apartment horribly backfired when the lighter caught the spider on fire and then the spider spread the fire in the apartment, causing enough damage to force its human occupants to have to move out.

By trying to burn the spider to death, the residents caused moderate damage to their apartment unit, Battalion Chief Rob Pitt told the Record Searchlight.

A caregiver to one of the two men who lives in the apartment said the spider was in the upstairs bedroom, and that a torch lighter was used to try to kill it. A torch lighter is similar to a cigarette lighter only it is bigger and shoots out a flame that looks similar to that of a blowtorch. The caregiver, Lyndsey Wisegarver, described the pest as a “huge wolf spider.”

Wisegarver said the apartment fire started because the burning spider crawled onto a nearby mattress, setting it on fire. She said they were able to contain that blaze with a fire hose, but then the fire quickly spread to a flag collection and drapes in the bedroom. Once the drapes started to go, they couldn’t contain the fire with the hose. Officials say the fire did about $11,000 in damage.

The fire chief said his crew was at least able to contain the fire to a bedroom closet and keep it from spreading into the attic or other units. He said all the apartment residents were able to escape the building and nobody was injured. The two inhabitants of the apartment saw firefighters throwing out wet clothing and other items in the aftermath of the fire.

And perhaps a sliver of good news is that the two men had been thinking for some time of moving out of the apartment, the caregiver said. Now they’re decision has been made for them. “We’ll make it work,” Wisegarver told the newspaper.

Editor’s note: This article was originally published on January 8, 2018.

Watch: Woman Loses Her Mind Over HUGE Spider in Her Car in Hilarious Video