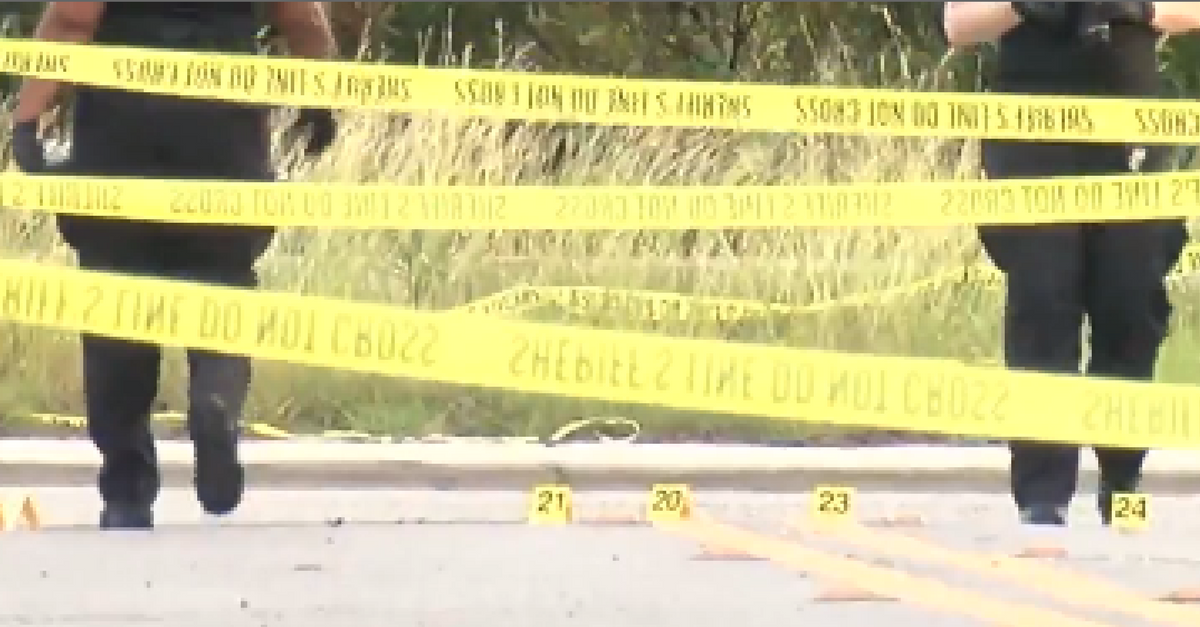 A Florida man gunned down his mother’s friend because he believed the man was flirting with his girlfriend, who does not exist, police say.

Suffering from mental illness, Brian Desario, 30, walked into the garage of a home where his mother, her boyfriend and another friend were hanging out and accused a man, identified as 56-year-old David Armstrong, of flirting with his girlfriend. He then fatally shot Armstrong, who was pronounced dead at the scene.

“The suspect, Brian Desario, believed that the mom’s friend; who is the victim in this case, was trying to pick up Brian’s girlfriend and hit on Brian’s girlfriend,” Sheriff Chris Nocco said after the incident. “Please note, Brian does not have a girlfriend. In his mind, he did. But, in reality, he didn’t.”

RELATED: She admitted to “hooking up sexually,” and now, this teacher could be on her way to prison

Following the shooting, Desario began walking towards the nearby Gulf Highlands Elementary School, pointing his gun at the building. The school was immediately put on lockdown, and no children were harmed. When police arrived, Desario opened fire on two deputies, initiating a 10-minute shootout, during which he was killed.

According to authorities, Desario had a stockpile of guns and ammunition. Police are investigating how, when and where he purchased the items.

RELATED: A death investigation turns up nasty stuff on a teacher’s phone, and police have questions