This 88-year-old Walmart greeter was fired, and the store’s reasoning is absurd 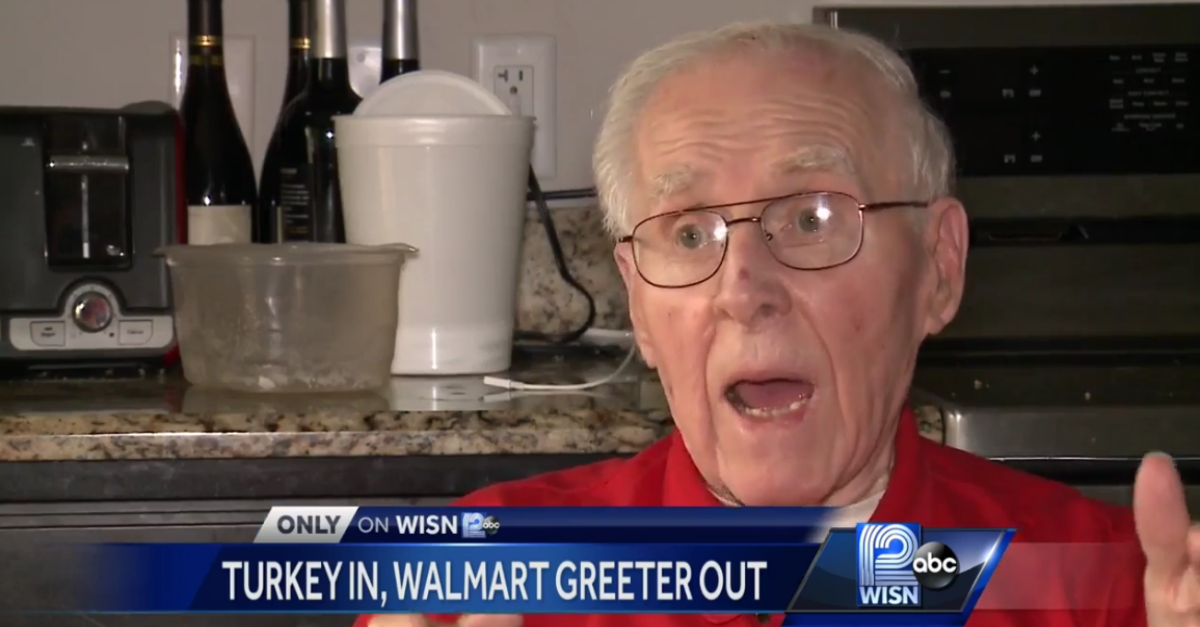 Eighty-eight-year-old Bob Tallinger spent eight years as a greeter at a Wisconsin Walmart until he was let go after a wild turkey walked right past him. In an interview with WISN, Tallinger said that he was told he should have alerted a manager about the roaming bird.

RELATED: Walmart customers get a nice discount for taking advantage of this service

His wife felt that the firing was out-of-line, explaining, “He was hired to be a greeter, and that’s what he did. He never saw a book of rules that said, ‘If a wild turkey walks in here, you better go and get management.'” She also said that her husband is “the most popular person” at the store and that he loved his job.

RELATED: Police busted a Walmart employee after he took a card game dispute a little too far

Bob said that he will miss the people the most, and a reporter for WISN mentioned that several of his coworkers called her, upset by Bob’s termination. In a statement, the company said that it “will not comment on HR matters.”