If there’s an award for best rendition of the “Star-Spangled Banner” before a sporting event, Joe Everson just won it.

Everson, an artist and halftime performer during NBA and college basketball games, sang the national anthem while speed-painting a portrait before the Arkansas Razorbacks’ game Tuesday night at Bud Walton Arena.

As Everson sang and stroked the canvas with his paint brushes, his painting, at first totally unrecognizable, slowly started to come into focus — it showed U.S. Marines planting the American flag on Iwo Jima.

Everson features examples of his work on his website. He has made quite a name for himself with his incredible speed painting performances at arenas around the country, as well as appearances on television shows. 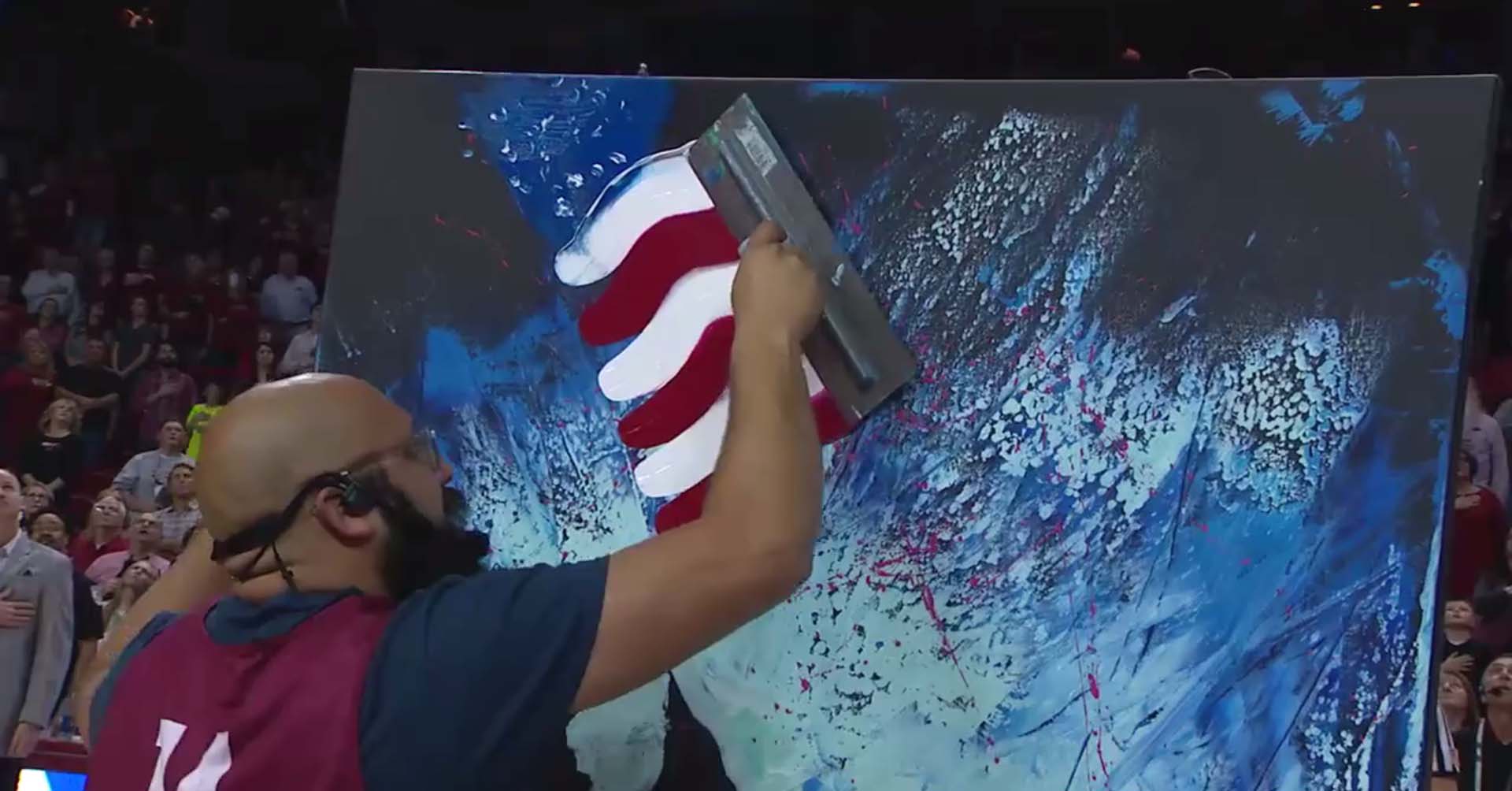