Robert Reich, who served as secretary of labor during the administration of President Bill Clinton, appeared on CNN Wednesday night to deliver a message to Republican presidential-elect Donald Trump.

Reich, who also served in the administrations of Presidents Gerald Ford and Jimmy Carter, criticized Trump for using his personal Twitter account to go after private citizens and enterprise.

RELATED: When and where was your plane built? These GOP candidates can’t quite figure it out either

“Let me just say with all due respect, Mr. Trump, you are President-elect of the United States, you are looking and acting as if you are mean and petty, thin-skinned and vindictive. Stop this,” Reich said, noting that Trump was probably watching the program.

“This is not a fireside chat. This is not what FDR did. This isn’t lifting people up. This is actually penalizing people for speaking their minds,” he added.

Reich also explained how a recent Trump tweet that criticized Boeing led to a brief tumble in the company’s stock price.

According to Reich, not knowing how to manage his power could be Trump’s demise.

“Well, you are going to be president very shortly,” Reich said. “You are going to have at your command not just Twitter but also the CIA, the IRS, the FBI. If you have this kind of thin-skinned, vindictiveness attitude toward anybody who criticizes you, we are in very deep trouble, and, sir, so are you.” 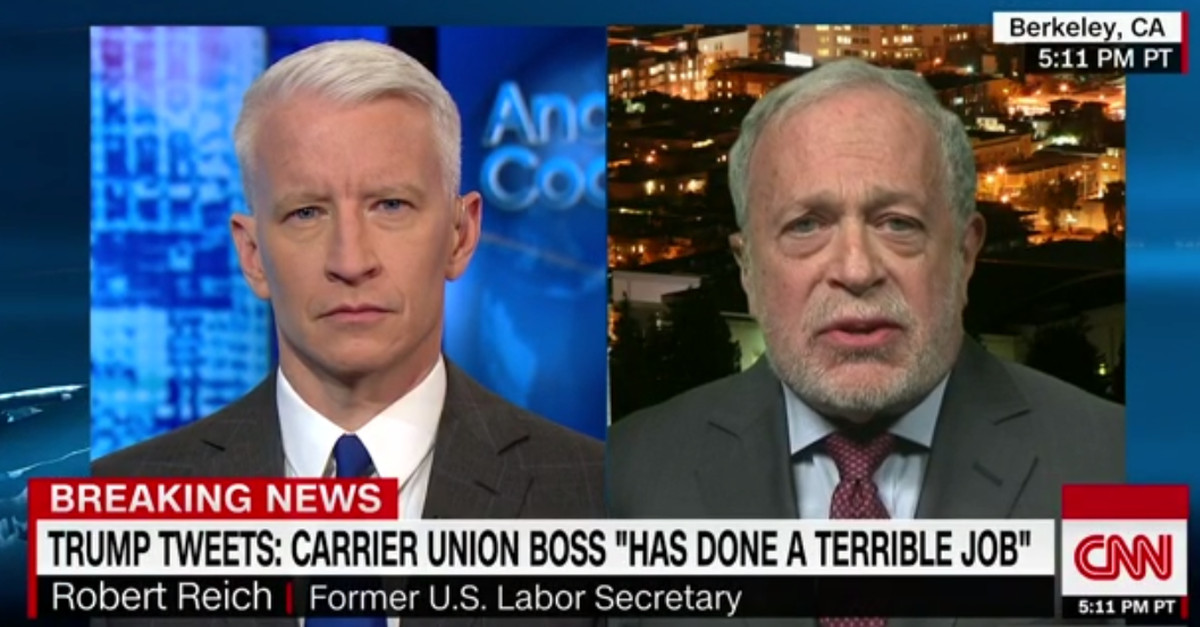