Southside Tattoo is a tattoo parlor in Brooklyn Park, Md., near Baltimore, that’s committed to helping former gang members get their lives back together — with tattoos.

RELATED: A gang member involved in a deadly car wash shootout has learned his fate

Their “Random Acts of Tattoo Project” is simple. Anyone formerly in a gang, inside or outside of prison, can make an appointment at the shop and get a free coverup tattoo. They announced the initiative in a January Facebook post that’s going viral.

Sometimes people make bad choices, and sometimes people change. We, at Southside Tattoo would like to make a difference. If you, or someone you know has a tattoo that is GANG or RACIST related, and you want it covered… WE WILL COVER IT FOR FREE. No questions asked. We believe that there is enough hate in this world and we want to make a difference. Please call the shop and set up a consultation with any of our artist. SPREAD LOVE NOT HATE♡ PLEASE SHARE♡

Shop owner Dave Cutlip told the Washington Post that it’s been popular, and they have seen seven clients since the post in January. The initial Facebook post has been shared tens of thousands of times; Cutlip says he had to turn off Facebook notifications on his phone.

They came up with the idea after a man came into Southside Tattoo in the hope of getting a gang tattoo removed from his face. That tattoo, he says, was too prominent to eliminate. But they began to wonder about how many others were in the same shoes.

Though the coverups can be expensive (sometimes hundreds of dollars of work), Cutlip believes it’s worthwhile. He says anyone with a gang tattoo is “always going to be a victim” because of the marking, regardless of whether they hope to change. “If I can help that person, that’s my ultimate goal,” he says.

“We see so many people who may have done time, and joined gangs for protection. They have paid for their mistakes whether it was a prison sentence or having to deal with the daily social stigma. If they don’t want it there, if they have had a change of heart, we want to help,” he wrote on Facebook. 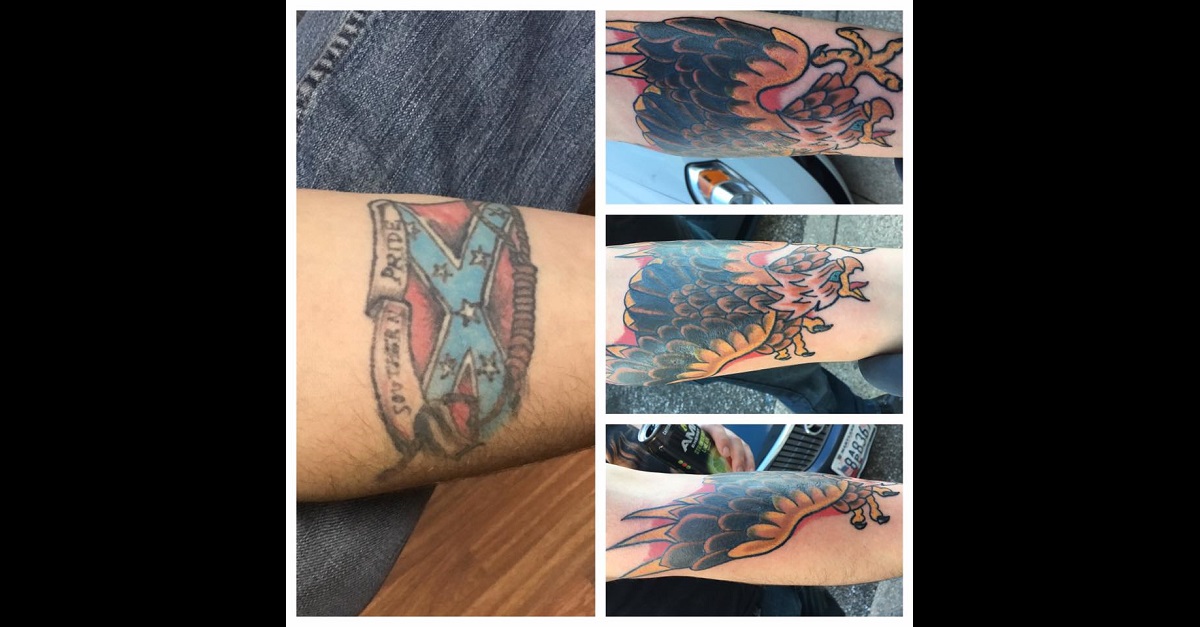