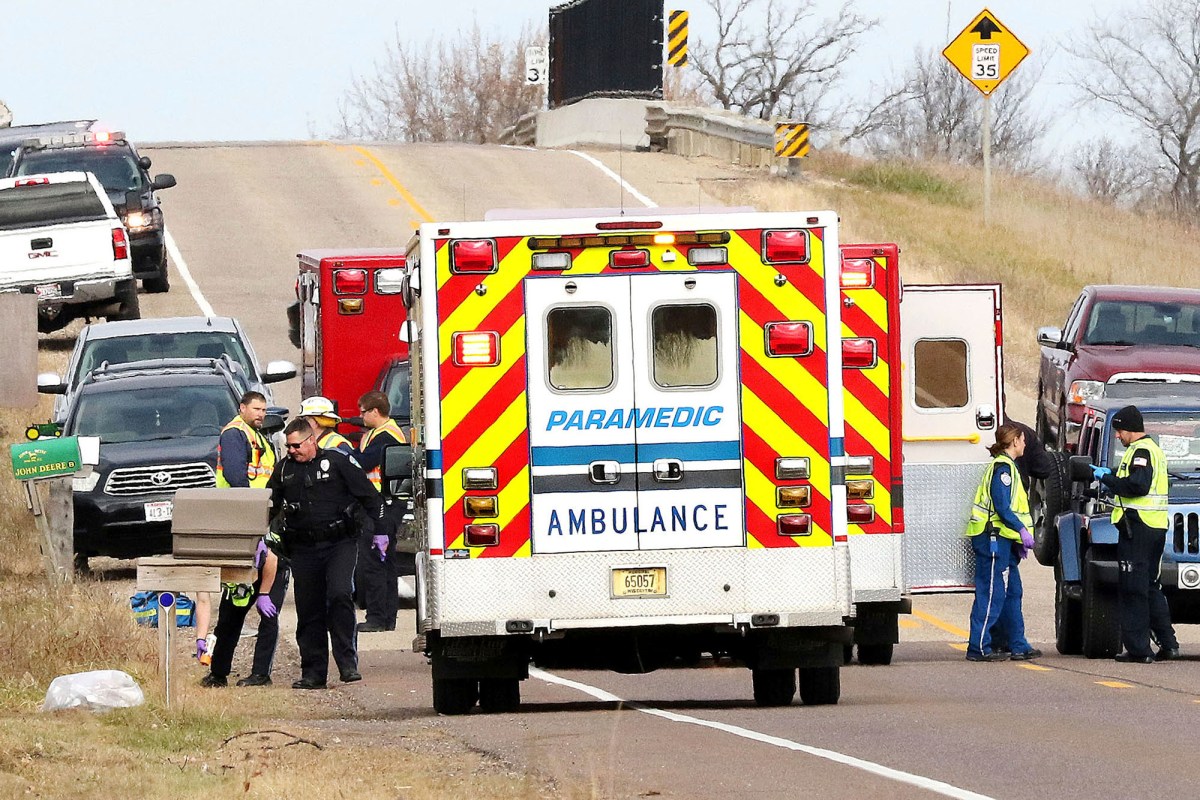 LAKE HALLIE, Wis. (AP) ? A western Wisconsin community on Sunday was grieving the deaths of three Girl Scouts and a parent who were collecting trash along a rural highway when police say a pickup truck veered off the road and hit them before speeding away.

Authorities have not released the names of the girls or the woman who were struck by the truck Saturday in Lake Hallie, or the name of a fourth girl who survived but was in critical condition at a Minnesota hospital. The girls were fourth-graders and members of Troop 3055 in nearby Chippewa Falls, about 90 miles (145 kilometers) east of Minneapolis.

“Our hearts are broken for the girls and families of the Girl Scouts of the Northwestern Great Lakes,” CEO Sylvia Acevedo of Girl Scouts of the USA said in a statement Sunday. “The Girl Scout Movement everywhere stands with our sister Girl Scouts in Wisconsin to grieve and comfort one another in the wake of this terrible tragedy.”

Hundreds of community members gathered in 40-degree weather Sunday evening for a vigil outside Halmstad Elementary School, where some of the girls were students. Many in the crowd held candles and umbrellas in the light rain. Several Girl Scouts sang songs in memory of the victims.

Earlier Sunday, teddy bears, balloons and candles sat on two wooden benches in front of Halmstad Elementary while dozens of families met inside with faith leaders and counselors. Families did the same at Southview Elementary School, the other school the girls attended, the Minneapolis Star Tribune reported.

In a message to parents, Superintendent Heidi Eliopoulos said: “This is a difficult time for our students, families and staff. We will be providing ongoing support for both students (and) families and staff for as long as needed.”

Lake Hallie police Sgt. Daniel Sokup said the pickup, a black Ford F-150, crossed a lane and veered into a roadside ditch, striking the victims. Other members of the troop were picking up trash from the opposite shoulder.

The 21-year-old driver, Colten Treu of Chippewa Falls, sped off but later surrendered. He will be charged with four counts of homicide, Sokup said. It was unclear Sunday if Treu had an attorney who could speak for him. Police misspelled Treu’s first name as “Colton” in initial news releases.

Sokup said it was not immediately known if there were other factors that might have led the driver to leave the road. The Star Tribune reported that the crash happened before a hill and there were no blind spots, and Sokup said it was “not an unsafe area.”

But Cecily Spallees, a personal care attendant at a group home near the crash site, told the newspaper that drivers regularly speed on that stretch of road, which quickly changes from a 55-mph to a 35-mph zone.

“I’m always telling one of my residents that he shouldn’t walk this strip at night,” Spallees said. “It’s not safe.”

Watch: This Island Is Filled with Adoptable Puppies