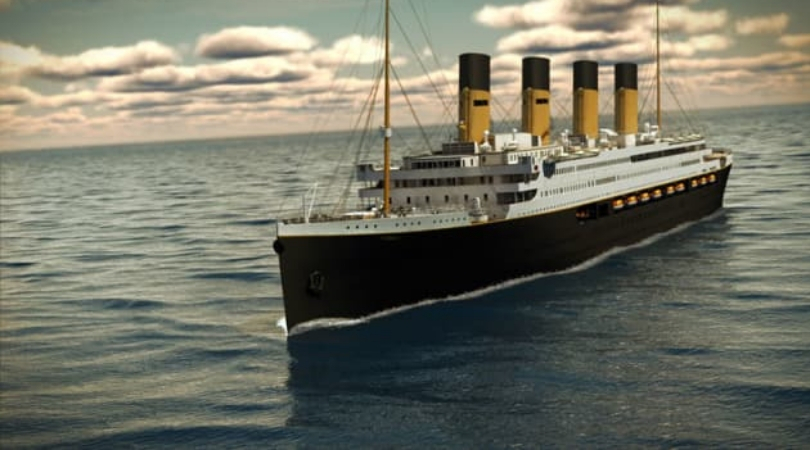 The new controversial project will be titled Titanic ll taking a two-week trip from Dubai to Southampton, England. The ship will then trace the original Titanic’s planned route from England to New York across the North Atlantic. But, for all of you thinking the same thing I am, to avoid another similar disaster like the one in 1912, Titanic ll will be outfitted with plenty of lifeboats. The ship will also have welded, not riveted hull, and a modern navigation and radar equipment. Blue Line stated it will also circumnavigate the globe, inspiring people while gaining ?unrivaled attention?, and intrigue.

The 1912 voyage, immortalized in the 1997 blockbuster Titanic starring Kate Winslet and Leonardo DiCaprio, was tragically cut short after the steamship hit an iceberg. Over 1,500 people lost their lives, more than two-thirds of those on board. The ship is said to have the same interior and cabin layouts as the original vessel while integrating modern safety procedures and navigation methods, as well as 21st-century technology.

In 2015 Australian businessman and politician Clive Palmer, creator of the initiative announced Blue Star Line halted the development due to financial disagreements with the Chinese government. The ship was given an initial launch date of 2016. Yet, this September Palmer announced it was continuing efforts to finish the ship, which will cost $500 million to recreate. Yikes!

The nine-decked ship will be home to 835 cabins and is set to accommodate 2,435 passengers, and one will be able to buy first, second, and third class tickets, just like in the original ship. It will be outfitted exactly like the original Titanic, including the grand luxurious staircase that plays a pivotal role in James Cameron?s movie.

Sure, the new Titanic won’t’ have Winslet or DiCaprio on deck, but it gives loyal fans an opportunity to feel what Jack felt while standing on the edge of the ship shouting, “I’m the king of the world!” Of course, before his tragic death because Rose didn’t want to scoot over enough to make room on that stupid door….but that’s beside the point!

Are you ready to sail on the new and improved Titanic?