To help a young girl make it to her school trip, a veteran turned NFL lineman gave up his plane seat — for free 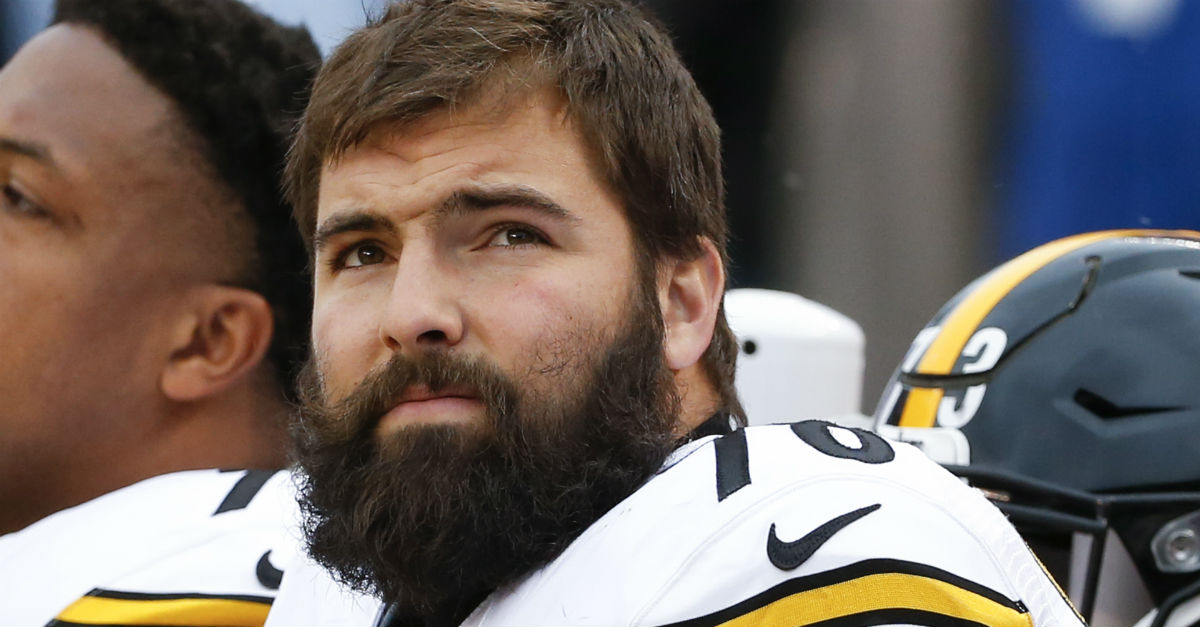 Even if you’re not a fan of the Pittsburgh Steelers, it’s impossible not to be a fan of offensive lineman, Alejandro Villanueva. The 28-year-old graduated from West Point and spent four years in the Army, including three years in Afghanistan–where he earned a Bronze Star Medal for Valor. In 2014, Villanueva told NFL.com, “[Afghanistan] is where I wanted to be. I wanted to serve, I wanted to see combat.”

RELATED: Former Army Ranger to NFL offensive tackle, Alejandro Villanueva is ready for his next challenge

After the military, Villanueva signed with the Philadelphia Eagles but Steelers coach Mike Tomlin spotted him at a pre-season game and snatched him up. In 2016, he finally earned the starting spot at left tackle. The position is one of the toughest and highest paid in the game as the left tackle protects the quarterback’s blind side. And on Saturday, Villanueva made the Steel City proud again.

According to CBS Pittsburgh, the veteran gave up his seat on a flight when he discovered that a local high schooler found out that her flight to Spain was overbooked. Rod Hudak posted on Facebook that his daughter Maddie told him Alejandro was offered $500 but declined, happy enough to be a good Samaritan.

In February, the Pittsburgh Post-Gazette reported that the Steelers are seeking to sign their 6’9″ lineman to a long-term contract. Since Villanueva is an exclusive rights free agent, the Steelers could settle for a one-year contract (as they have with a number of other players) but they’re looking to keep him for the long haul.