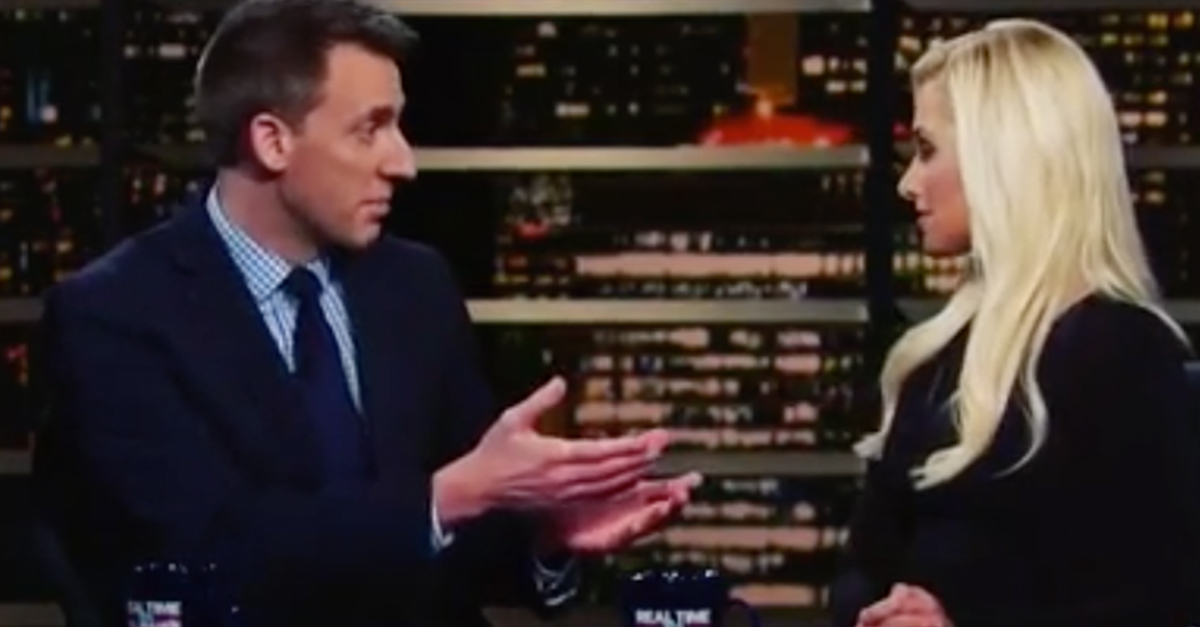 On Saturday afternoon, clips of Tomi Lahren, Jason Kander and Bill Maher from Friday night’s “Real Time with Bill Maher” were going viral across the country. Some thought that Lahren looked bad in the exchange, the Daily Beast went so far as to call her “exposed.” Others believed that Lahren had delivered a “smack down” on a liberal show.

RELATED: Bill Maher called out Trump voters and said that they?re ?drug-addicts,? among many other things

During the program, Missouri politician and former Army intelligence officer Jason Kander challenged Lahren to see if she could name the men who lost their lives during the famous attack on an American compound in Benghazi, Libya. Kander was of the belief that Lahren was among the many in right wing media who have used Benghazi as a political talking point.

If you think you're going to back someone into a corner on Benghazi, pick a different girl. I'm not the one. Trust me. I know all 4 names and honor their service and sacrifice. #TeamTomi #benghazi #RealTime #benghazimatters

To Kander’s surprise, Lahren was able to spout off the names of the men with ease.

Later on Saturday, Lahren took to social media to express her anger that she had been challenged and to tell the world to “pick a different girl” if they are looking for someone to back into a corner.

“If you think you’re going to back someone into a corner on Benghazi, pick a different girl,” Lahren wrote on Instagram.

“I’m not the one. Trust me. I know all 4 names and honor their service and sacrifice. #TeamTomi #benghazi #RealTime#benghazimatters”

After their back and forth, Kander, with a little bit of sarcasm, told Lahren “good for you,” that she knew the names of the four that died. He claimed that he hadn’t heard their names in years.