The back of the helmet read “no fire could burn his character no stone could break it,” in honor of Earnhardt.

RELATED: Flashback to the moment Garth Brooks put our grief over Dale Earnhardt’s death into a song

At the end of 2016, Stewart will retire from professional racing, ending a decades long career as one of the most successful drivers in history.

Stewart will soon race at the Daytona International Speedway for the final time, a legendary track that he has had great success on.

Throughout their careers, Earnhardt and Stewart won over 50 races at the speedway.

The tribute comes 15 years after Earnhardt died during the final lap of the Daytona 500 in February 2011. 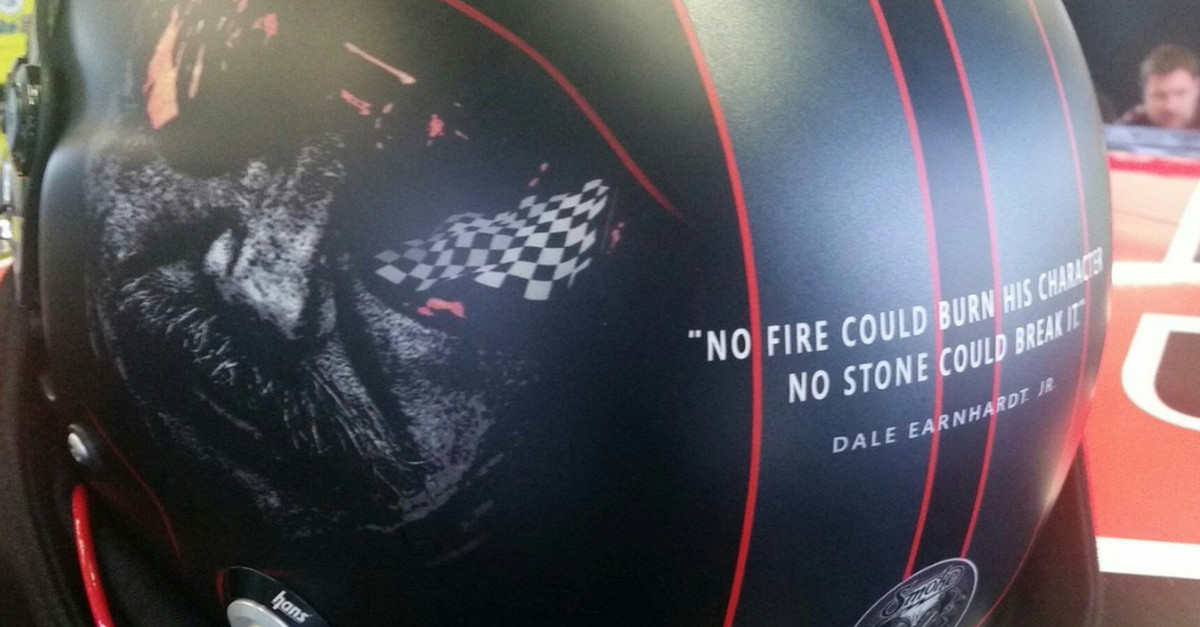