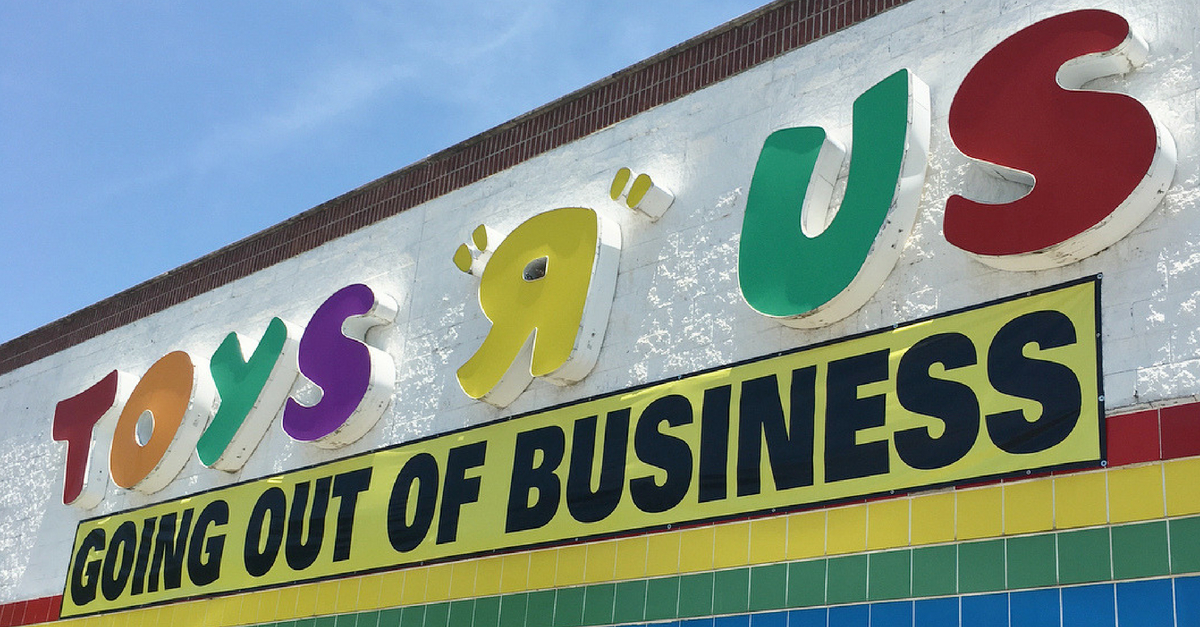 When I was young, I’d beg my mom to take me to Toys R Us to buy me something for being the “perfect” child I was. Of course, she would just nod and smile, patting me on the head, knowing I would only get something if I did my chores, got good grades, or was nice to the babysitter. (Hi Patty!)To me, Toys R Us was an escape route when things got quite too complicated. I can still remember wandering down the aisles of the store, getting lost in the action figure section, hoping my mom or brother would let me take something home. My mother would always get angry because, “An 8 year girl should be in the Barbie section, not the Power Ranger section.”

I didn’t care though, and to me, a toy was a toy. It was a store that sold everything and anything including stuffed animals, DVDs, games, toy cars, and pretty much everything you could possibly imagine. I had a connection with it because children feed off positive energy, and I don’t know if it had to do with the popular giraffe mascot, Geoffrey, but I’m sure he played a role in becoming the face of my childhood.

When news broke out about the store closure, I felt a sense of deep sadness. I couldn’t help but compare the situation to my childhood ending. If Toys R Us is closing, does that mean I’m not a child anymore? I mean, I know I’m not a child, but I sometimes like to believe I’m a child at heart. I’m pretty sure that is how we all felt whenever we entered the store and started walking around. So, as it officially closes, does that mean all the memories that we had will be left behind?

I’m afraid to say the day has come. We all have to grow up one day and unfortunately due to the retail and consumer business, so does Toys R Us.

It is the end of an era for one of the most iconic stores that made several of us happy. I wouldn’t have have expected the sudden closure, yet I should have, especially since it was losing the competition, from big box retailers to online rival such as Ebay and Amazon, all while trying to work its way out of debt.

The company had filed for Chapter 11 bankruptcy in September of last year, hoping to turn around during Christmas sales. Along with Babies R Us, the company was $5 billion in debt after a leveraged buyout that left it unable to invest. The store had several liquidation sales, putting all well-known brand names at a fair price, but unfortunately, people just weren’t buying like they used to.

This caused the toy retailer to announce it would close 735 U.S. stores, planning to go out of business in March. Although the store was able to stay afloat until now, the company officially announced the closure through a number of tweets, leading up to Friday, June 29th.

As for the physical store, surprise, Party City has announced they plan to operate 50-pop-up toy stores from September through the Holiday season in former locations of the defunct chain. Party city stated these pop ups will include brands such as Mattel and Hasbro, which is what Toys R Us was known for.

So, does this mean Toys R Us will not make comeback?

Well, an auction of the company’s name, various trademarks and baby shower registry is set for late July. The auction is targeted at all bankrupt game retail chain’s and bankrupt toy properties to raise and clear it’s obligations to its creditors. Meaning, everything is up for grabs, including poor Geoffrey the Giraffe. His duty to greet visitors at the Toys R Us headquarters in Wayne, New Jersey is sadly done. Off to retirement, Geoffrey.

At the end of the day, I’m glad Toys R Us serves as a memory of happiness to a lot of us. So for now, goodbye dear friend, and thank you for the adventurous childhood. You will be missed.