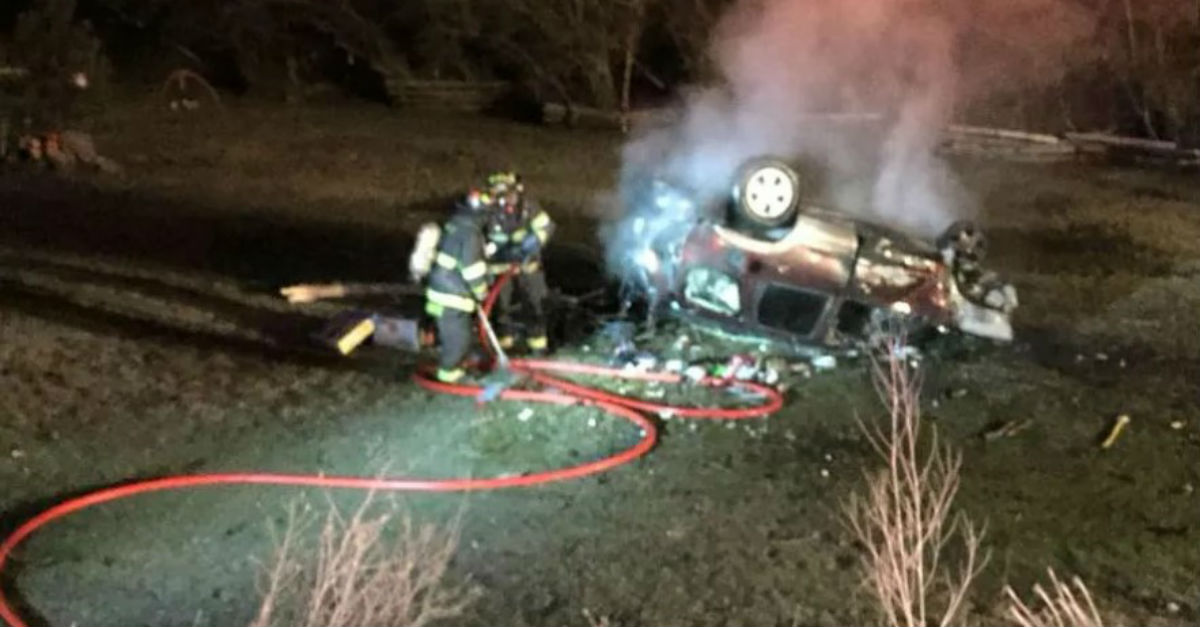 Anyone who knew Andrew Blum knew that his life revolved around his three-year-old daughter, Emma. Unfortunately for their family, his time with her was short-lived after one fateful trip to get Christmas gifts.

The 29-year-old Idaho man died in a fiery crash over the weekend after buying Christmas gifts for his daughter.

Blum was driving the car with older brother and 32-year-old passenger, Jerod Paulus, when he lost control of a 2002 Mazda Tribute in a curve near Priest River. The car flipped into a ditch and the vehicle caught fire.

Neither the driver nor the passenger was wearing a seatbelt.

Both Blum and Paulus were transported to Bonner General Hospital. Though Paulus is expected to be okay, Blum died from his injuries shortly after.

RELATED: She looks to be expecting any day, and police want you to know to watch your Christmas presents

According to Emma’s mother, Sadie Brown, the loss has taken a hard toll on Emma.

“She keeps saying ‘let me call my dad. I want to see my dad,'” Brown said.

Brown and Blum dated for some time, but broke up last year. Despite the separation, the pair kept up daily communication. In fact, Brown said that she spoke to Blum about “30 minutes prior” to the fatal crash.

“He was a very good dad,” she added. “He loved Emma with everything he had.”

Brown also explained that the Christmas presents he purchased were in the car when he crashed.

“They were still in the car. They burned. Christmas isn’t even what matters.”

The family is in the process of planning a memorial for Blum.