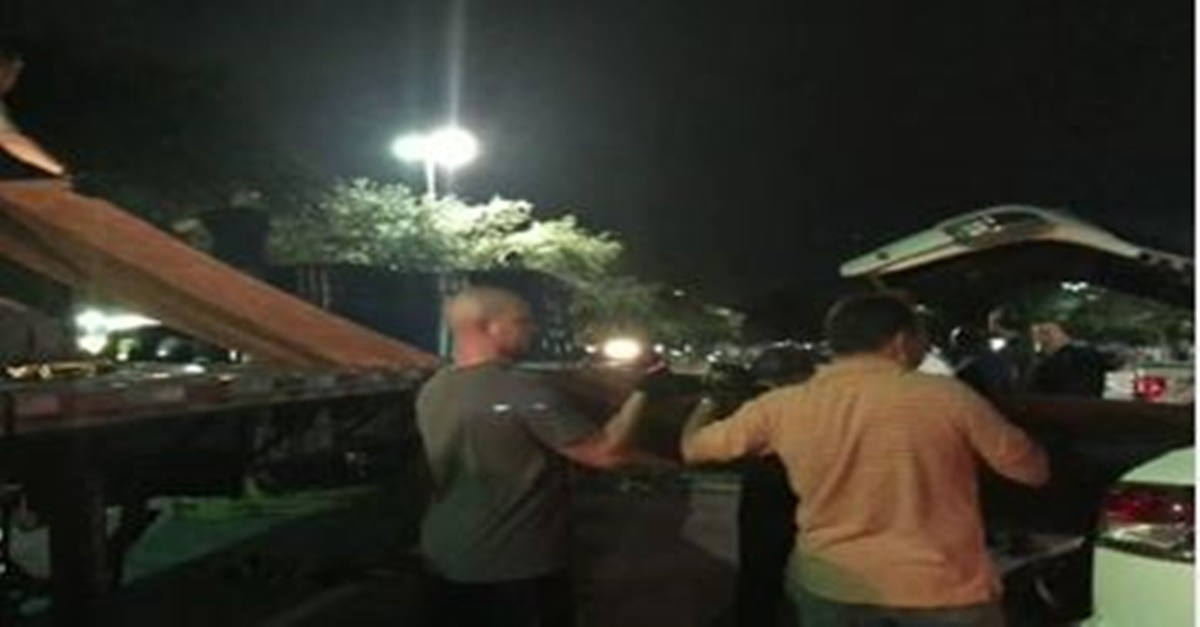 A truck driver who was delivering plywood to a Florida Home Depot as Hurricane Irma approached decided it would be a great idea to give away his load to residents desperate to board up their homes after the store expecting the plywood had already closed in preparation for the storm.

It was a bad idea, it turns out.

The driver, 27-year-old Tim McCrory of Massachusetts, was fired earlier this week by Western Express, a Nashville-based trucking company. McCrory ran into a bit of bad luck on his way to making his delivery when his truck had a blowout. The fix delayed his arrival at the Home Depot until the next morning. When he got there, the big-box store had already closed due to the approaching storm.

Still, Floridians in the town of Zephyrhills were showing up to buy plywood to protect their homes from Irma. McCrory decided to help them out and started handing out the wood for free to anyone who needed it.

“Being an American citizen, that’s what we do,” McCrory told 10News. Western Express CEO Paul Wieck told 10News the bottom line is the plywood wasn’t McCrory’s to give away. He ended up unloading 960 pieces of plywood, helping up to 200 households, he said.

“I understand his heart,” Wieck told the station, “but the plywood belonged to our customer.”

Wieck didn’t confirm McCrory’s firing and told 10News that he’d check the employee’s status and get back to the station. That call never happened. McCrory is now back home in Massachusetts.

While he, apparently, is now without a job, a Zephyrhills resident, who gratefully took plywood from McCrory to board her home, Tracy Dillon Drew, started a GoFundMe page after she heard the kind truck driver had been fired.

News10 spoke to McCrory on Wednesday, reporting that the trucker still believes he made the right decision.