Arpaio, 84, served as sheriff of Maricopa County, Ariz., from 1993 through 2016. The self-proclaimed “America’s Toughest Sheriff” was convicted of contempt after he refused to obey a judge’s orders regarding the use of racial profiling against Latinos.

“Not only did the defendant abdicate responsibility, he announced to the world and to his subordinates that he was going to continue business as usual no matter who said otherwise,” wrote U.S. District Judge Susan Bolton in the July 31 order.

He was set to be sentenced in October. The maximum sentence he could have received was six months in federal prison.

Aside from his actual crimes, Arpaio was also well-known for his outspoken anti-Obama birtherism and was the subject of multiple federal civil rights lawsuits, including a decade-long suit over “immigration roundups.”

Arizona voters overwhelmingly decided against keeping Arpaio in office in 2016, when he lost reelection to Democrat Paul Penzone.

Under the Constitution, the president has broad powers to pardon any federal offense as he sees fit, but typically consults with the Office of the Pardon Attorney at the U.S. Justice Department before making the call. Trump did not loop in DOJ on the Arpaio pardon, CNN reports. 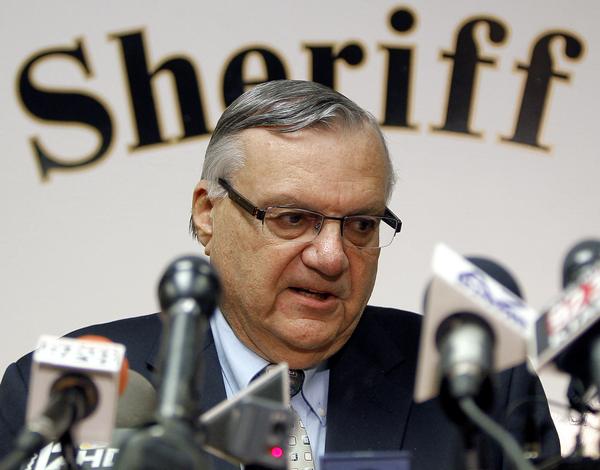