Trump responds to questions about the “mother of all bombs” the U.S. dropped on Afghanistan 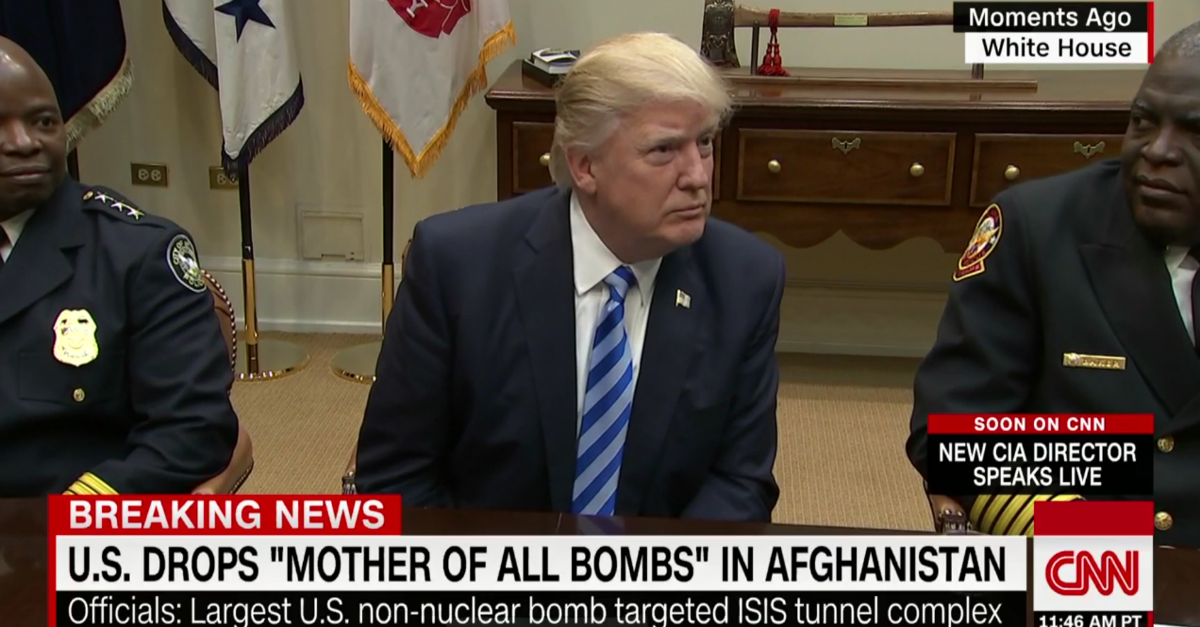 On Thursday, the United States dropped the largest non-nuclear bomb in existence on Afghanistan in an attempt to cripple the Islamic State fighters in the country. The attack followed last week’s missile strike on a Syrian air base which was met by criticisms from Russia and Syrian leader Bashar al-Assad, who is currently fighting ISIS.

Soon after the strike, Trump welcomed first responders to the White House. Unsurprisingly, all of the questions from the press were about the bomb, which is being heralded as “the mother of all bombs.” Trump described the attack as “another really, really successful job,” and noted that “we’re very, very proud of our military […] and it was another successful event.” When a reporter asked if Trump “authorized” the bombing, the president responded, “Everybody knows exactly what happened.”

RELATED: President Trump recalls the moment he told the Chinese president about U.S. airstrike in Syria

Trump’s recent military actions have bought him favor with D.C. lawmakers like John McCain and Lindsay Graham, who are often critical of the president. Even the media has praised his attacks, and while the Syria strike created tension in the United States’ relationship with Russia, Thursday’s attack will likely have a more positive reaction from nations who are engaged in the fight against ISIS.