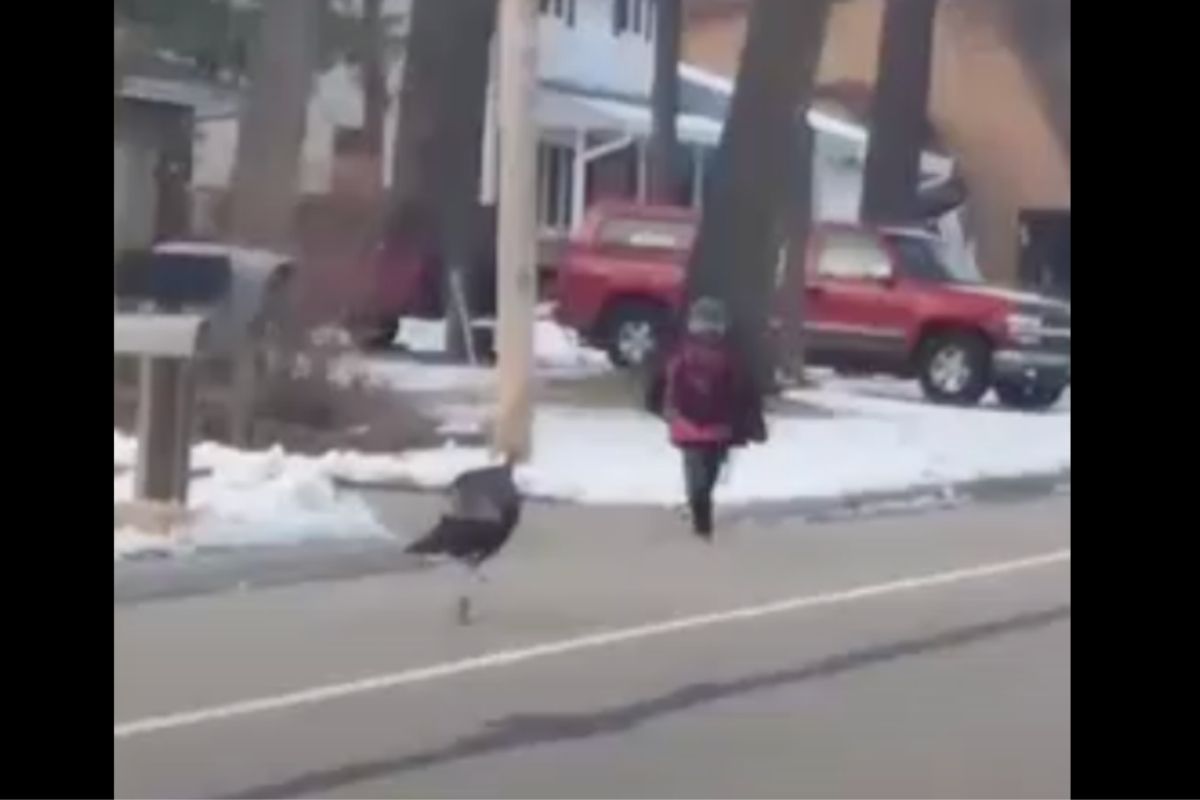 A video out of Ashwaubenon, Wisconsin captured what was, to date, probably one of the more terrifying moments of one little boy’s relatively short life: a viciously territorial turkey chasing the sprinting boy down the street, ready to peck his eyes out for getting too close to its favorite bush, or something.

Fortunately for the boy, not everyone was simply watching, filming, at laughing at the hilarious spectacle. (“Stupid boy! He’s afraid of a pissed-off wild animal that’s the same size as him! HA!”) A driver pulled over to the side of the road and stopped the furious dinosaur. The driver was then nice enough to give the likely rattled boy a ride home.

It’s actually understandable that a human child would find himself the subject of a turkey’s authority in this particular instance. The town of Ashwaubenon (a name I have been copying and pasting instead of typing throughout this article) is apparently and, somehow, unsurprisingly, run by turkeys. Turkeys are the ruling class in Ashwaubenon. A turkey named Smoke is the unofficial mayor of the Green Bay suburb because why not? It’s unclear if this was Smoke but, based on the turkey’s reputation — which is that it does whatever the hell it wants — there’s a decent chance that’s the same turkey.

I feel for this kid. Once when I was six or seven a (perfectly friendly but what the hell did I know?) golden retriever chased me down the street and that was awful. Running from something you know will catch you is a horrible feeling. Still, there was a reasonable part of me that thought, “Hey, this is a dog that someone keeps in their home and lives with. It’s probably not going to tackle you and bite down on your throat until you choke or bleed to death.”

A big ass bird though? With its black, soulless eyes, sharp, disease riddled talons, and a face made for stabbing? There’s no hope there. If and when that thing catches you it will listen to its ancient dinosaur instincts and leave you in shreds.

It’s time for the people of Ashwaubenon to rise up and overthrow their tyrannical turkey masters.

This article was originally published on December 11, 2020.