Why Does the President Pardon Turkeys Every Year? 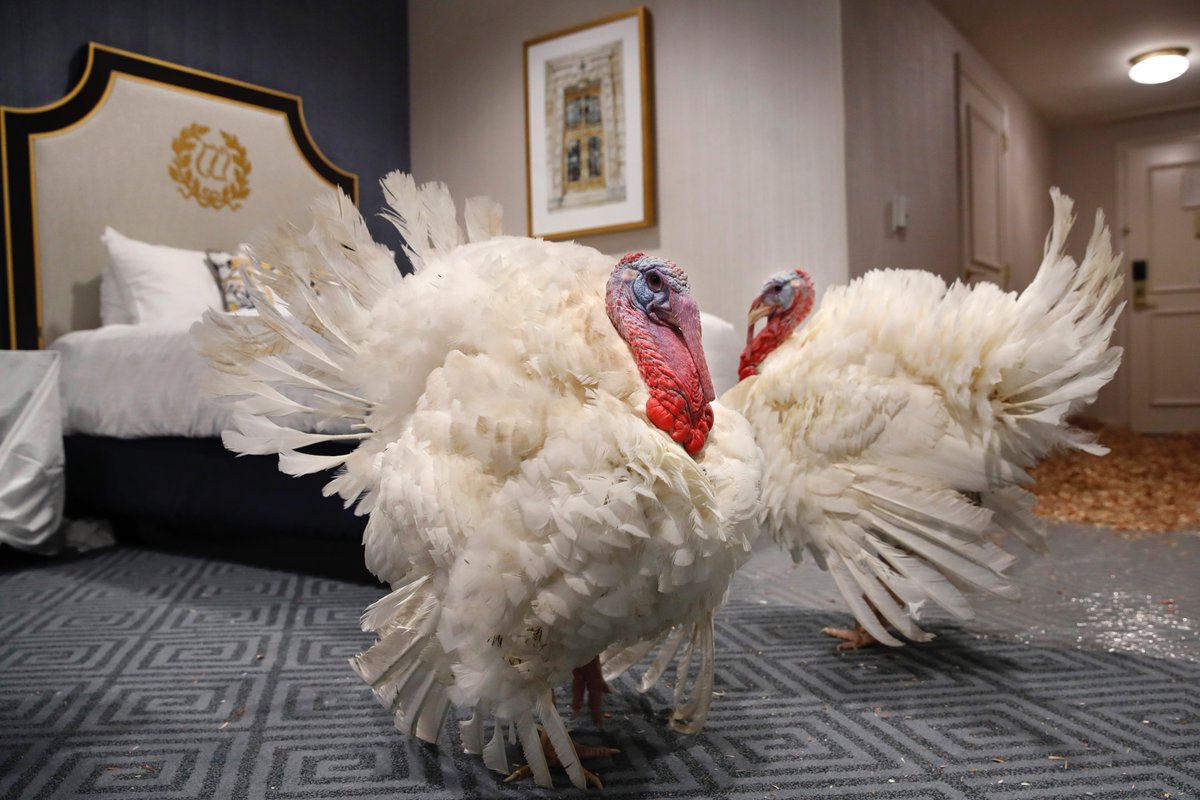 It’s that time of the year again when every vote matters! No, it’s not the midterms, it’s the annual presidential turkey pardoning and these two turkeys from South Dakota need your help. Raised on a farm near Huron under the watchful eye of National Turkey Federation Chairman Jeff Sveen and by turkey grower Ruben Waldner, these two turkeys are set to become the National Thanksgiving Turkey while the other is going to be the alternate.

🦃🦃 Meet Peas and Carrots, one of which will receive an official presidential pardon this week. Their names were announced by the National Turkey Federation this morning. 🦃🦃 https://t.co/NkJuIoh4fP pic.twitter.com/w6Rn3ni9qo

Peas, born on June 28th, weighs in at 39 pounds and loves listening to Brad Paisley. Peas love to watch the planes pass by and would love to learn how to fly one day.

The other turkey vying for the pardon is Carrots, a turkey with a strong and confident gobble and a fan of Elvis.

The White House’s informal history of the turkey pardoning ceremony dates all the way back to the 1940’s, however, historians believe that Abraham Lincoln was the first to pardon a turkey when a turkey was presented to the president and his son pleaded for its life to be saved.

However, it wasn’t until 1989 that the White House turkey pardon became a formal event when President George H.W. Bush told protesting animal rights activists that the turkey would be pardoned and sent to “live out his days on a children’s farm”.

President Trump will pardon one of the two turkeys on Tuesday, November 20th, two days before Thanksgiving.