Menu
Follow us
Search
Menu
Search
ORLAND, CA - APRIL 11: California Highway Patrol officer Joe Stokes clears away crime scene tape at the scene of a deadly crash on April 11, 2014 in Orland, California. Ten people were killed and dozens injured, including four still in critical condition, after a FedEx truck collided with a bus of high school students on Interstate 5 yesterday. The students were on their way to visit Humboldt State University in Northern California. (Photo by Elijah Nouvelage/Getty Images)

Jeffrey Brasher and Austin Brasher, 50 and 22 respectively, are dead this morning. They are father and son, according to the report from AL.com.

Both men lived in Bankston, Ala. and were driving toward each when they collided  around 4:10 a.m on Fayette County 49 near Winfield. Alabama state troopers say alcohol is a factor in the accident and that neither man was wearing a seatbelt when the crash occurred.

RELATED: A collision between two planes in Georgia has tragically taken three lives

Authorities responded to the scene and pronounced Jeffrey Brasher dead there. Five hours later, Austin Brasher passed away at 9:18 a.m. at the University of Alabama hospital in Birmingham. 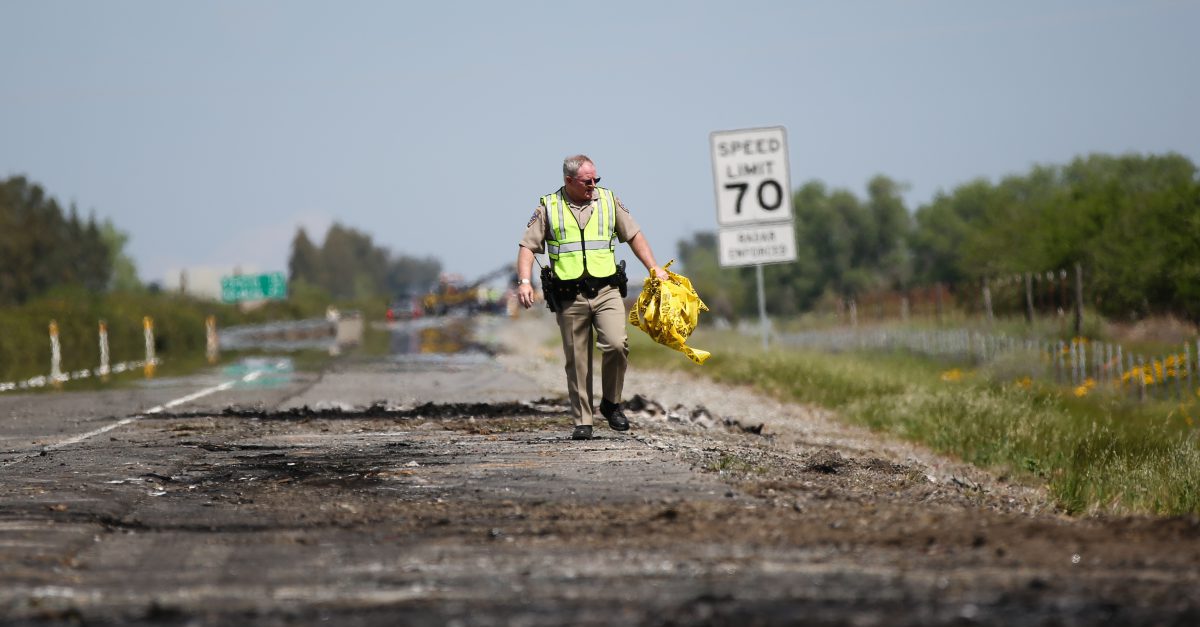