Two Florida senators proved Republicans are in bed with Democrats 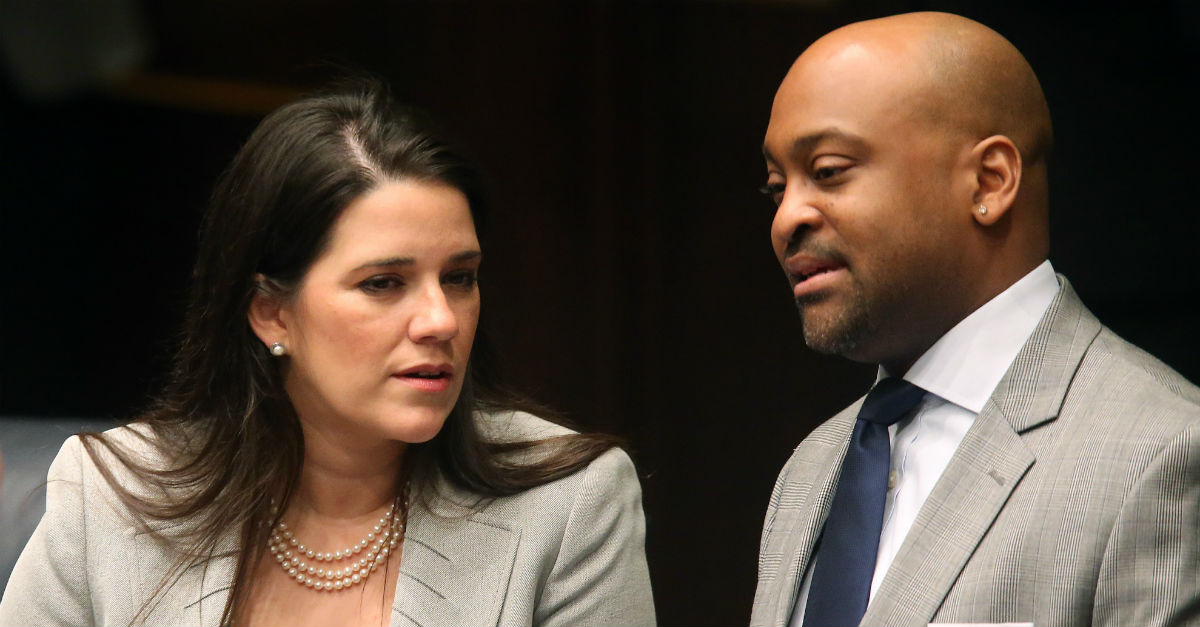 At least two Florida politicians are already facing a scandal less than ten days into the new year.

The Sun-Sentinel reports that state Sen. Anitere Flores, a Republican, and Senate Minority Leader Oscar Braynon, a Democrat, were caught having an extramarital affair when Flores was seen entering and leaving Braynon’s Miami apartment.

A website called floresbraynonaffair.com posted undercover videos of Flores entering Braynon’s apartment around 9 p.m. one April night and leaving the next day around 10 a.m.

“After analyzing the videos and taking the totality of the circumstances into consideration, it is the author’s opinion that there is sufficient evidence to show that Anitere Flores and Oscar Braynon were actively engaged in inappropriate extramarital activities with each other,” accused the website’s creator. “The author cannot come up with any rational justification for elected Senators, of opposing parties, that are both married, to fraternize and spend the night with each other on multiple occasions and in succession.”

The website also alleged that Flores spent four consecutive nights with Braynon and that Flores had a key to his residence.

The pair issued a joint statement, saying that they did not wish for “gossip and rumors to distract” from service to voters:

That’s why we are issuing this brief statement to acknowledge that our longtime friendship evolved to a level that we deeply regret. We have sought the forgiveness of our families, and also seek the forgiveness of our constituents and God. We ask everyone else to respect and provide our families the privacy that they deserve as we move past this to focus on the important work ahead.

Both politicians are married and have children with other people, who are displayed prominently on their social media accounts.

Today & everyday it is important that we remember & honor our veterans. It is because of their hard work, patriotism & dedication that we are blessed to have the America we live in. #HappyVeteransDay pic.twitter.com/4C588DXzE6

Today is a holiday for #blacktwitter, #issa President @BarackObama bday. (We miss you so much 😢) pic.twitter.com/PyRzCoMlMx

RELATED: Sarah Palin?s son Track enters his pleas in the brutal break-in and beating that forced his father to draw his gun