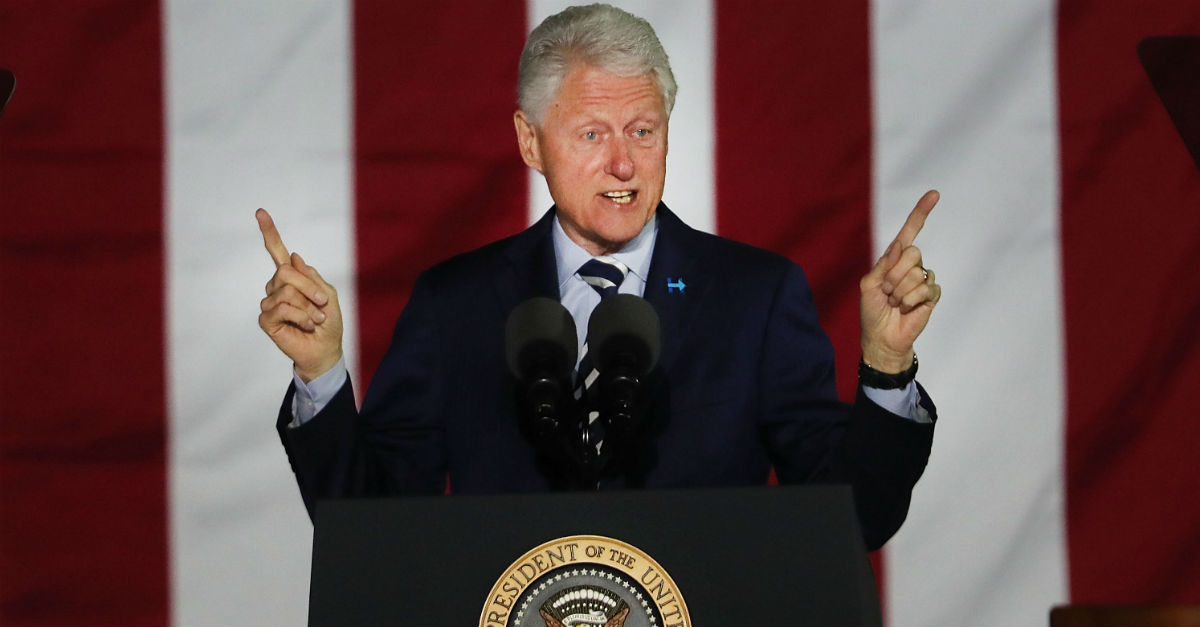 Spencer Platt/Getty Images
PHILADELPHIA, PA - NOVEMBER 07: former President Bill Clinton speaks before his wife Democratic presidential nominee former Secretary of State Hillary Clinton during an election eve rally on November 7, 2016 in Philadelphia, Pennsylvania. As the historic race for the presidency of the United States comes to a conclusion, both Clinton and her rival Donald Trump are making their last appearances before voting begins tomorrow. (Photo by Spencer Platt/Getty Images)

As Americans debate which statues they wish to keep in public spaces and which ones they want to see removed or relocated, some have focused their attentions on a statue of former President Bill Clinton, which currently resides in downtown Rapid City, South Dakota. The statue is a part of a larger display called City of Presidents.

“I would like to ?personally? use a sledgehammer on it, with the help of Kathleen Willey and Paula Jones,” Juanita Broaddrick told The American Mirror in an interview. Broaddrick publicly accused former President Bill Clinton of raping her while he was still the Attorney General of Arkansas.

RELATED: Arnold Schwarzenegger to white nationalists: ?Your heroes are losers?

“YES..I am 100% offended…and all WOMEN should be too…and to think Taylor Swift was only grabbed on the ASS (her words) that’s so wrong, but not near as offensive as the Governor groping you and showing you his little-crooked pee pee and asking for sexual favors…while I was working too!” she wrote, referencing the pop singer’s groping case.