Joy Shuford has found herself in hot water after she tried to burn down a “Trump” campaign billboard because she dislikes the new President of the United States so much.

A former student at the University of Maryland Eastern Shore, Shuford tried to physically tear down the billboard, but when she lacked the strength to do so, she retrieved a lighter from her car and set the billboard along a busy roadway outside Baltimore ablaze, according to documents filed in Somerset County District Court, Delmarva Now reported.

The story then takes an odd twist. Shuford and her friend Dasia Perry, were accused of arson, but also of the harassment of Robert Wink, a white Republican, driven by race and religious beliefs “based on the victim’s political values,” according to documents.

RELATED: Philadelphia police search for an anti-Trump vandal dressed in his Sunday best

Apparently Shuford and Perry and not alone in their sentiment. According to the county’s Republican Central Committee, no one can remember a time when more Republican political signs have been vandalized, according to Delmava Now.

“Children will be children, but it is sad that we can’t have differing opinions about someone and not be attacked,” Matthew Adams, the committee chairman, said. “We’d not seen as much vandalism to Trump signs during the Trump election. People cut them, burned them up, tore them down and took them.”

RELATED: What Donald Trump was compared to in this act of vandalism causing alarm

“It’s sad that media keeps giving people a platform,” said Adams, who was a local coordinator for Trump’s presidential campaign. “We’ve never had any vandalism in past elections. The Democratic Party put out so much rhetoric about Trump that it put people up to go out and do these things.”

Maybe the punishment will stop people from doing these things.

Shuford and Perry each could face 33 years in prison plus significant fines, court documents state. The arson charge carries a 20-year jail term. The race and religion harassment charge has a three-year sentence and a $5,000 fine. Penalties for the remaining 11 associated offenses range between 60 days and 18 months.

The fire did an estimated $800 in damage to the sign, the Maryland State Fire Marshal’s Office said.

These two young women could be paying a much steeper price. 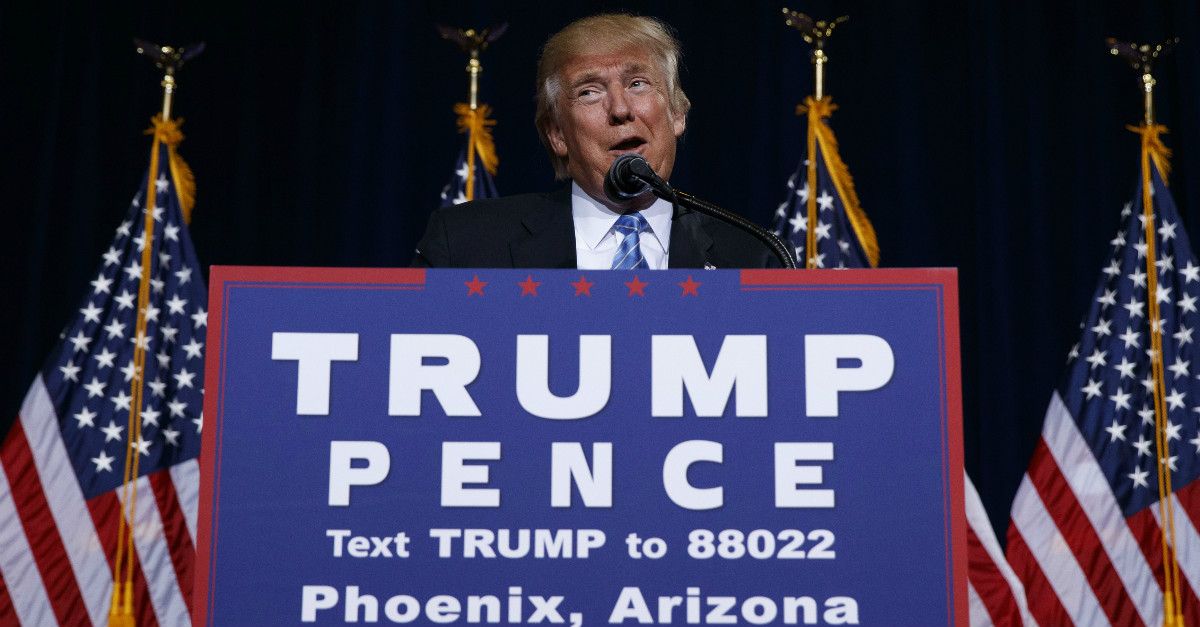