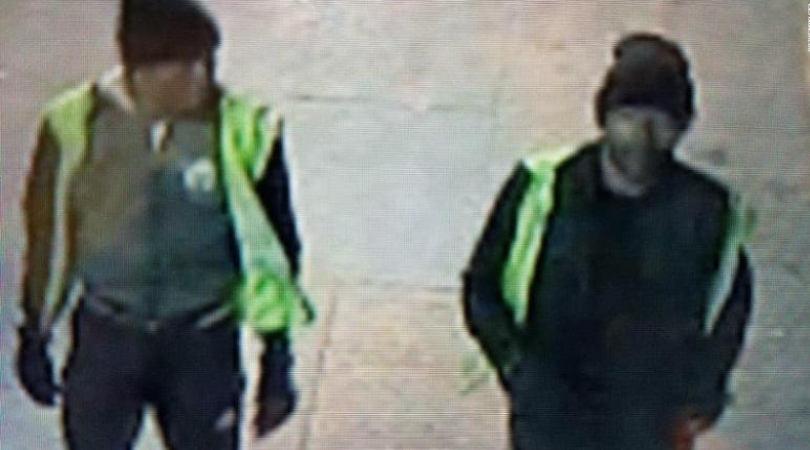 More than 400 stolen guns from a UPS Distribution Center in Tennessee have been recovered in south suburban Midlothian, outside a Walmart store. According to reports and security footage, two people driving a U-Haul truck stole the weapons on Sunday, September 30, at a facility located in Memphis. Two days after the incident authorities were able to locate the stolen guns found en route to Chicago.

Investigators are looking into how exactly the guns were taken. It is being considered one of the largest single gun thefts the ATF has ever investigated. Authorities arrested Traveyn Turnbo who is facing charges, but are still looking for 24-year-old Roland Jackson of Chicago, offering up a $5,000 for information leading to an arrest. The Memphis Police Department is reviewing the manifest and bills to determine where the guns were shipped from and where they were going.

Authorities said Memphis has a large problem with violent crimes, including gun-related offenses. The metro area, with more than 1.3 million people, saw an estimated 15,737 violent crimes in 2017. It’s no surprise that such a high number of stolen guns could present a danger to the safety of the public and first responders not only in the West Tennessee city but around the country, due to them being transported to other places within hours.

The ATF stated the criminal element of this crime “knows no geographical boundary.” Investigating a theft from a shipping faculty is more complex than a gun shop, due to the weapons at guns stores being isolated in inventory, meaning they need to make sure every firearm is accounted for from the shipper as well as from the receiver.

UPS is cooperating with law enforcement but said they will make “no further comments” while the investigation is underway. Authorities are asking the public to send their social media posts, videos, or photos of any type of information related to the theft by email at ATF [email protected] or call ATF at 1-800-283-4867 or the Memphis Police Department at 901-528-2274.