Though Mr. Flame was not actually old enough to run for president at the time he sent that tweet, he has since spent his days focusing on other political aspirations. His efforts have even made it all the way to the White House — or at least President-elect Donald Trump.

TMZ reports that Flame noticed a fan wearing a Trump jersey during a performance at the Georgia Theatre.

Flame, who is known for his dedication to going hard in the paint, channeled his inner political self at the sight of the jersey. The rapper asked for the owner to hand it over, trying to convince him to do so by saying he voted for Trump — later developments suggest that he probably did not vote for Trump.

The owner gave the jersey to Flame.

“Oh, let’s do it,” he probably thought, just before he quickly lowered his pants like a wild boy in order to rub the mesh cloth on his butt.

RELATED: This Twitter fight between “Tammy” Lahren and rapper Wale had a Bad ending

And he showed a lot of butt.

To the disappointment of many fans (or maybe just the author), Flocka could not do it with no hands.

Either way, fans got the point: Don’t wear a Trump jersey in his presence. 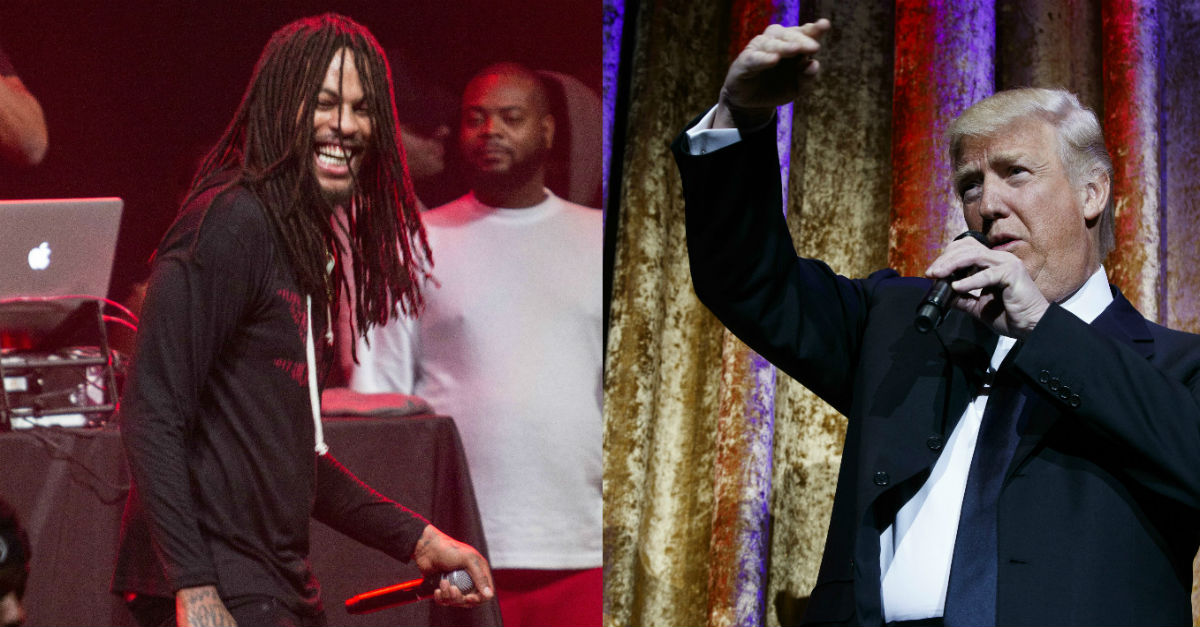