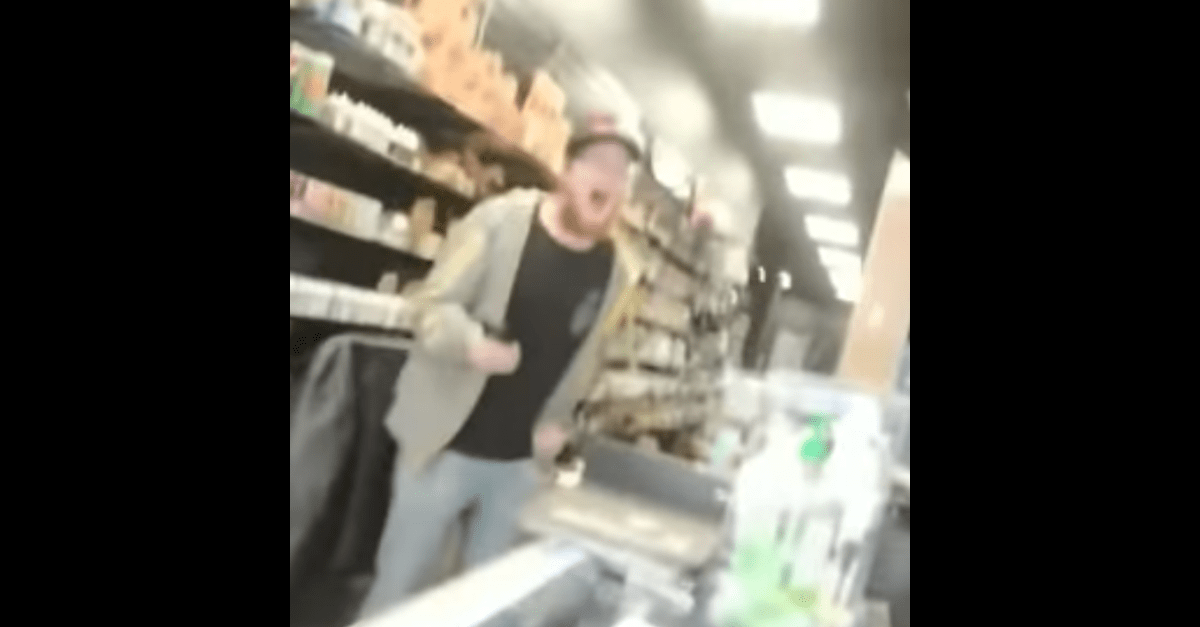 A Georgia vape shop employee and bearded screeching boy lost his job after throwing a tantrum and refusing service to a customer because said customer was wearing a Make America Great Again hat and a pro-Donald Trump shirt.

A video recorded by the Trump supporter in question, Ian Furgeson, shows the employee of the Xhale City vape shop in Tucker, Georgia (near Atlanta) cursing, yelling, name-calling, screaming, flailing, melting down, and pretty much everything else that our current political discourse has devolved into. It was like watching a physical embodiment of social media.

Enjoy this short film, which I call “The Reeeeeeee’ing of Vape Store 123.”

Just a wonderful adult exchange all around. And, if I’m being fair, there really weren’t any good people in this video. Except for the dude in camouflage minding his own business in the background. The cashier was obviously the worst. Screeching and wailing and prioritizing his woke Twitter politics — in all their blazing, barely informed glory — over being a decent human and good employee while at his place of work. Because a guy was wearing some clothes he didn’t like.

Of course, it’s also clear that Furgeson was absolutely relishing the confrontation. He never really tried to deescalate it. (The “capitalism wins” and “do my bidding” were a bit much.) But he has a genuine right to be upset about not being served because of his political views. Still, Furgeson handled the entire chaotic encounter with the glee of a troll.

Again, though, Furgeson didn’t deserve to be refused service, screamed at, or called “a stupid piece of sh*t” because he was wearing a MAGA hat. His reaction wasn’t ideal, but it also wasn’t unjustified. Turns out Xhale City agreed. They fired the vape store employee after seeing the video and contacted Furgeson to issue an apology. They also apologized to their customers on their Facebook page.

By all means, America, if you want every Republican and Democrat elected to office from here on out to be either a Trumpist or some version of a wild-eyed, shrieking college student protesting cafeteria sushi like it’s genocide, keep up this sort of discourse.

This story was originally published January 8, 2019.

Watch: Violence broke out around a Trump rally, and there’s video evidence of police vehicles being destroyed