U.S. Navy Veteran Connie Willhite made everyone cry with his final wish, as his battle of cancer was taking a turn for the worst. As a patient of Carl Vinson VA Medical Center in Dublin, George, the veteran had two final wishes before dying: to be baptized and to catch one more fish.

To honor Willhite, his family organized the baptism. He requested the ceremony so that he could be prepared to “crossover” after passing away. Greg Senters, his hospice social worker, organized the last fishing trip for Willhite. Senters supplied the bait and the gear, and the pair went off to the nearby pond located behind the VA Medical Center. Given the condition of the veteran, the staff wasn’t sure he’d be able to catch a fish, but they wanted to give him an opportunity to try on his own.

Too weak to stand, Willhite was taken outside in his hospital bed, where he managed to catch four fish. Staff members said that while he was catching the fish, his face lit up, and was truly at peace. “All of a sudden, the cancer and everything else went away,” Senters said. “What you see is that precious few moments of someone really enjoying life.”

A few days later after his fishing trip, the Vietnam veteran died at the age of 68. Yet, in his final moments, Willhite wasn’t a cancer patient, rather he was just living his normal file. Senters said the hospice is about living, not about death, and people that are dying can teach everyone a lot about life.

Rest in peace, Connie. Thank you for your service.

Editors Note: This article was originally published on October 19, 2018. 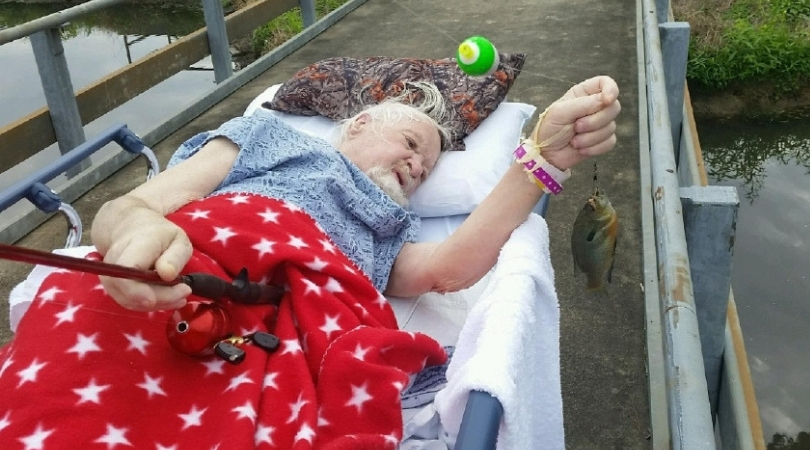