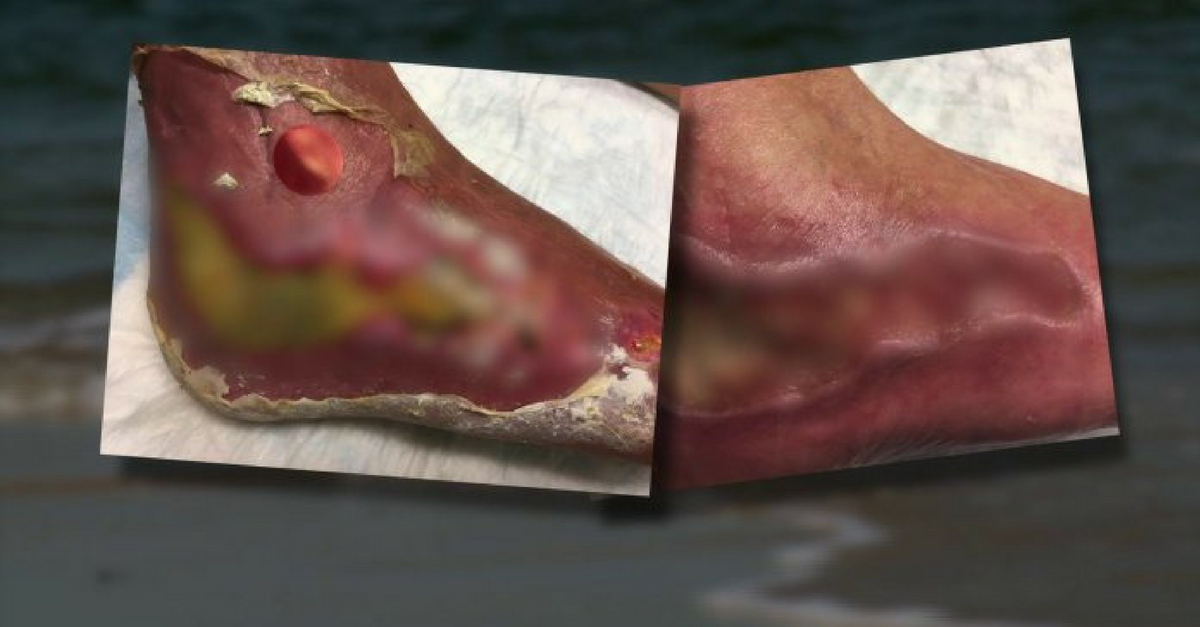 Several cases of Vibrio have been circling around the news, as the bacteria is causing a widespread threat around heavy water-based cities. Health officials are warning U.S. consumers to not eat crabmeat imported from Venezuela, which has been linked to a dozen cases of illness in Maryland, Louisiana, Pennsylvania, District of Columbia, Alabama, and recently Virginia. The waterborne bacteria is a naturally occurring bacteria found in warm salt or brackish waters. It can usually make people sick if they eat raw or uncooked shellfish, or if an open cut or wound comes in in contact with water.

In New Jersey, a case of Vibrio was reported after 60-year-old Angel Perez had to make a choice between his life and his limbs. Perez contracted the disease while crabbing last week in Maurice River, and is now fighting for his life.

His daughter Dilena Perez-Dilan spoke to CBS 3, stating her father had visible sores showing up on his legs. Later on, the 60-year-old began hallucinating. Perez-Dylan said he was complaining of pain shortly after, which is when they decided to go to the emergency room. Health officials gave Perez antibiotics at the time, but the swelling got worse as the bacteria spread to his bloodstream.

It was then that emergency professionals told them Perez’s kidneys were shutting down and he would need dialysis immediately. Perez had to have his leg surgically drained in order for doctors to investigate the cause of the infection. After an investigation, it turned out to be Vibrio vulnificus, which spread through the bloodstream, causing necrotizing fasciitis.

According to the Centers for Disease Control and Prevention, vibriosis causes 80,000 illnesses each year in the United States. Out of these, 52,000 are due to eating contaminated food. Vibrio bacteria naturally live in certain coal waters, present in higher concentration between May and October when the water temperature is warmer.

If you like seafood or swimming in the ocean, you need to know about #vibrio. It can make you sick if you ingest it or wounds on your skin are exposed to it. #rowedocs #somedocs #mydoctorfriend #cellulitis #foodpoisoning If you have concerns about a skin infection or food poisoning, click “book now” to make an appt to see me on a video visit. https://www.cdc.gov/vibrio/prevention.html

In the United States, the most common Vibrio species are Vibrio Parahaemolyticus, Vibrio Vulnificus, and Vibrio Alginolyticus. Most people with mild cases of Vibriosis can recover after about 3 days, with no lasting effects. Yet, people who come in contact with Vibrio Vulnificus can get seriously ill and will need intensive care or limb amputation. Unfortunately, reports have shown 1 in 4 people with this type of infection die within a day or two of becoming ill.

How can it be prevented? To reduce your chance of getting the infection, the CDC recommends staying away from raw or undercooked shellfish, such as oysters. One can usually tell if they have eaten contaminated shellfish if their symptoms include diarrhea, abdominal pain, and vomiting. If you’re a big fan of shellfish, try avoiding eating them during the summer or stick to steamed of fried oysters.

If you have an open wound, avoid contact with salt water or brackish water to prevent any wound infections. You can also try covering the wound with a waterproof bandage. Yet, handle at your own risk. If the bacteria get close enough to get into your bloodstream, symptoms can be severe and include fever and chills, blisters and decreased blood pressure.

If you feel like you might have these symptoms or have any questions about Vibrio, contact your local emergency room as soon as possible to avoid the risk of illness.