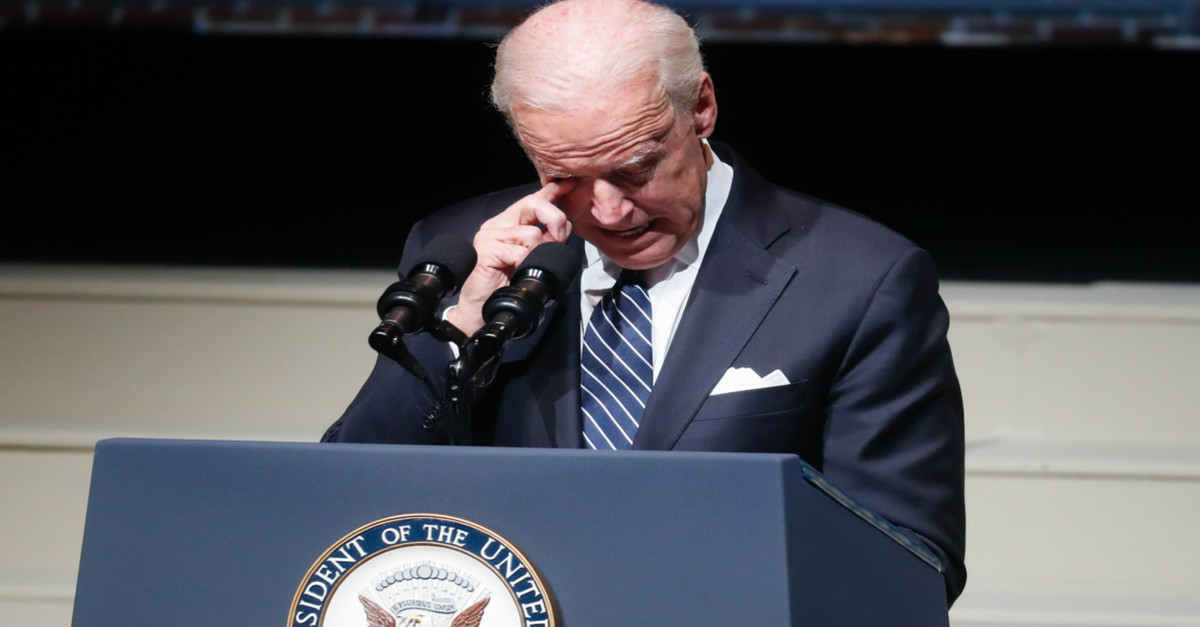 U.S. Vice President Joe Biden, on a last foreign trip before leaving office, has met with Ukraine’s president and called on the impending Donald Trump administration to retain Ukraine-related sanctions against Russia.

Biden’s comments Monday at a briefing with President Petro Poroshenko came after Trump indicated in a Times of London interview that he could end sanctions imposed in the aftermath of Russia’s 2014 annexation of Crimea in return for a nuclear arms reduction deal.

RELATED: Colbert had “your pops Joe” on for a “family meeting” and it was ridiculous

“The Crimea-related sanctions against Russia must remain in place until Russia returns full control to the people of Ukraine,” Biden said.

Other U.S. sanctions are connected to Russia’s involvement in the separatist war in eastern Ukraine. Biden said that Russia must fulfill its obligations under the 2015 Minsk agreement on ending that conflict.