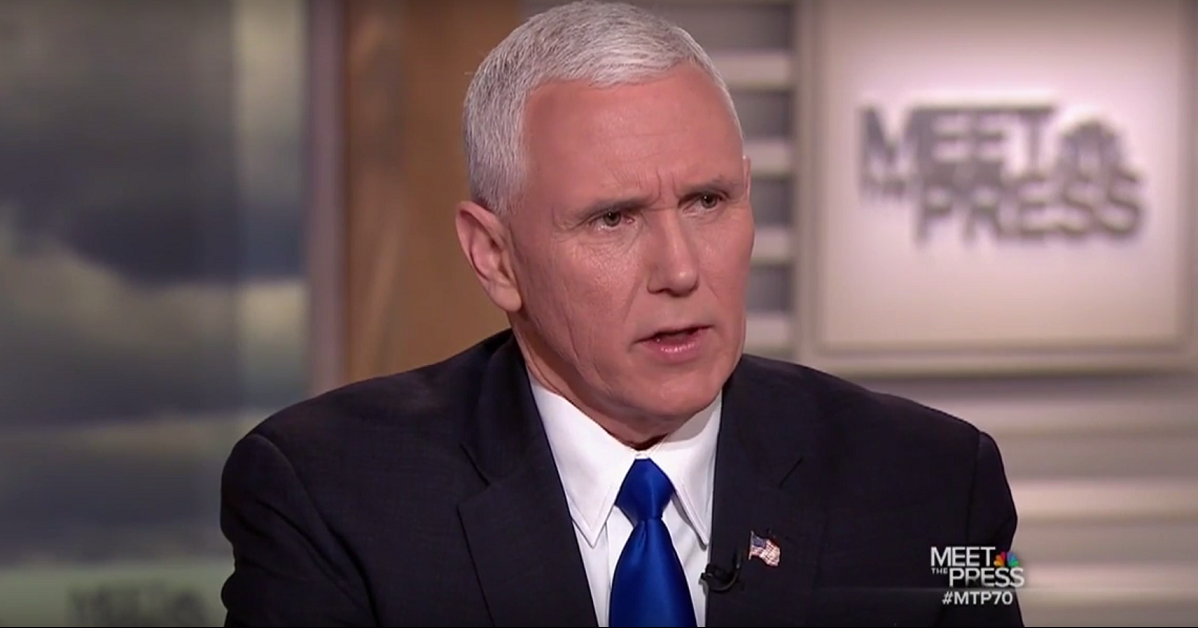 He told NBC’s Chuck Todd that though it is a ban, his administration’s ban applies to “people people coming into this country from countries for which we cannot be confident that they don’t represent a threat.”

Ultimately, according to Pence, the “focus is on the safety and security of the American people,” though he did not address permanent residents and others who were illegitimately shut out of the country after the executive order. Over the weekend, a Federal Appellate Court judge suspended the order once again, pending a hearing on Monday.

RELATED: Many, many Americans still approve of the immigration ban

“It was not done hastily,” says Pence, though he concedes that “there may have been some leaders on Capitol Hill that were not informed in the usual niceties of Washington D.C.”

Instead, he credited Trump for being “decisive and action-oriented,” saying that he thought many Americans appreciated it.

The Vice President disagrees that Trump’s promise to prioritize Christian Syrians amounts to a religious test; he told Chuck Todd “It’s not a religious test,” though discriminating and prioritizing refugee applicants by religious identification would seem to establish one.

But Pence pushed forward on the notion that the Trump Administration is operating inside the law, saying “We’re very confident the President’s operating within his authority as president, both under the constitution, and under clear statutory law,” and rejecting the idea that they would withdraw the executive order and pursue action through Congress instead.

“We’re very confident that we’re going to prevail. We’ll accomplish the stay and will win the case on the merits,” he says.
After Saturday’s ruling, Trump was quick to lash out at the Appellate Court judge who issued the decision, calling them a “so-called judge.” Vice President Pence dismissed any notions that was exceptional or unprecedented, saying:
“The president of the United States has every right to criticize the other two branches of government. And we have a long tradition of that in this country […] I think people find it very refreshing that they not only understand this president’s mind but they understand how he feels about things. He expresses himself in a unique way.”
Advertisement