Menu
Follow us
Search
Menu
Search
FILE - In this July 28, 2011 photo, Polygamist sect leader Warren Jeffs arrives at the Tom Green County Courthouse in San Angelo, Texas. An internal struggle for control of Jeffs' polygamous church could soon be settled by Utah commerce officials. In April, William E. Jessop filed papers with the state ousting Jeffs as president of the corporations that comprise the Fundamentalist Church of Jesus Christ of Latter Day Saints. Wednesday, Aug. 3, 2011 is the deadline set by the Utah Department of Commerce for the sides to provide a resolution, or a court order settling the dispute. Jeffs has led the church since 2002. He's currently on trial in Texas on sexual assault charges. (AP Photo/Tony Gutierrez)

Polygamist Warren Jeffs has been ordered to pay a woman $16 million after he forced her into a marriage when she was only 14 years old.

Jeffs is the former president of the Fundamentalist Church of Jesus Christ of Later-Day Saints and is currently serving a life sentence plus 20 years for sexually assaulting two girls he claimed were his “spiritual wives.” On Tuesday, a Utah judge awarded $4 million in damages and $12 million in punitive damages to Elissa Wall, who previously testified against Jeffs in court, the Salt Lake Tribune reports. Wall was 14 when Jeffs forced her to marry her 19-year-old cousin.

Wall’s attorney, Alan Mortensen, said that the ruling allows the plaintiff to seek money from Jeffs or the church. He explained, “It’s so the church feels the pain of what their doctrine has been as to the rape of young girls.”

The ruling comes 12 years after the initial lawsuit was filed, accusing Jeffs with arranging the marriage and pressuring the teen to have children. Wall went on to suffer miscarriages and a stillbirth. Jeffs did not offer a defense in the trial, nor did the church. In his ruling, Judge Keith Kelly wrote, “The conduct of Warren Jeffs and the FLDS Church was so extreme that it went beyond all possible bounds of decency and is regarded as atrocious and utterly intolerable in a civilized society,” Fox 13 reports. 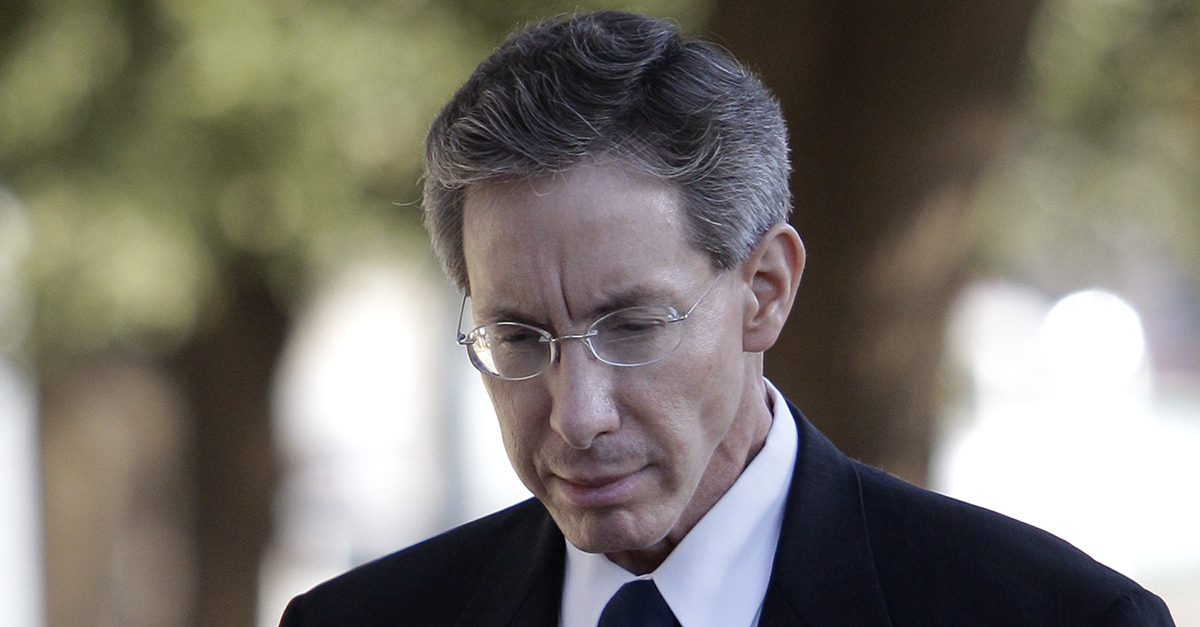