An off-duty cop in Anaheim, Calif., was caught on video this week firing what may have been a warning shot at a group of approaching teens.

The cell phone video shows a prolonged scuffle between the officer and a teenage boy. As the cop tries to detain the boy, the teen’s friends circle in and start throwing punches at the cop.

The officer takes out his weapon, and people run away. One shot is then heard off camera.

RELATED: Authorities are looking for the man who shot a police officer outside a Florida Walmart

According to the Los Angeles Police Department, the video does not tell the whole story, which they say includes a threat against the cop’s life. The boy insists on video that he threatened to “sue” the cop, not “shoot” the cop.

“The confrontation began over ongoing issues with juveniles walking across the officer’s property,” Anaheim police said on Wednesday.

The unidentified cop has not been arrested in connection with the incident.

On Wednesday night, hundreds marched to the cop’s residence in protest over the situation. 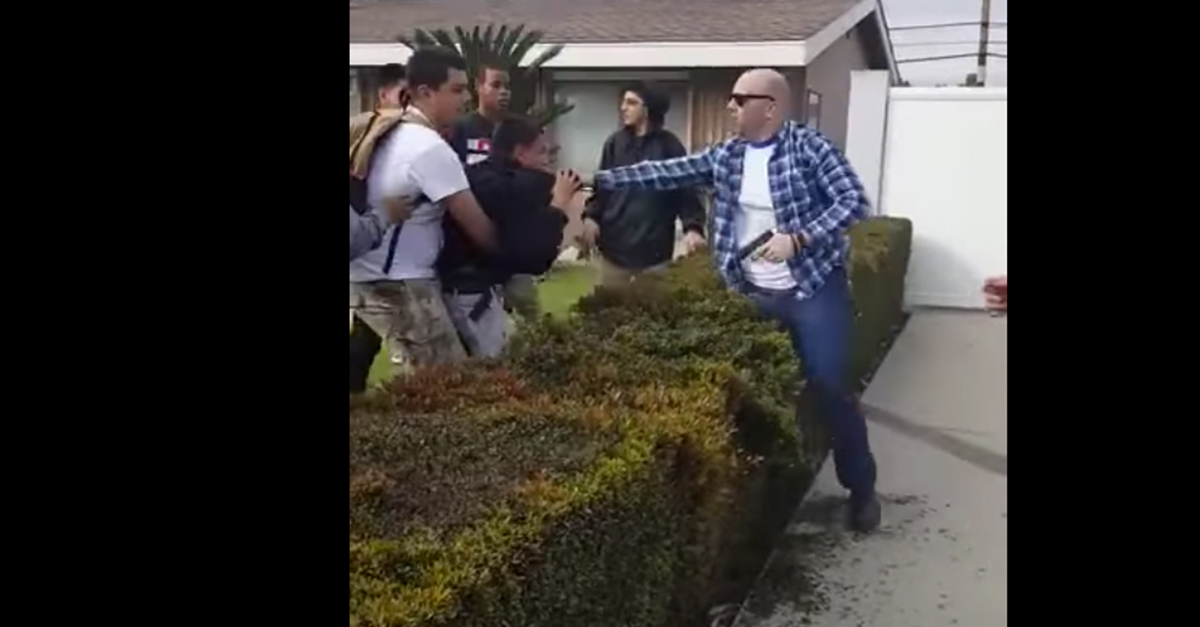