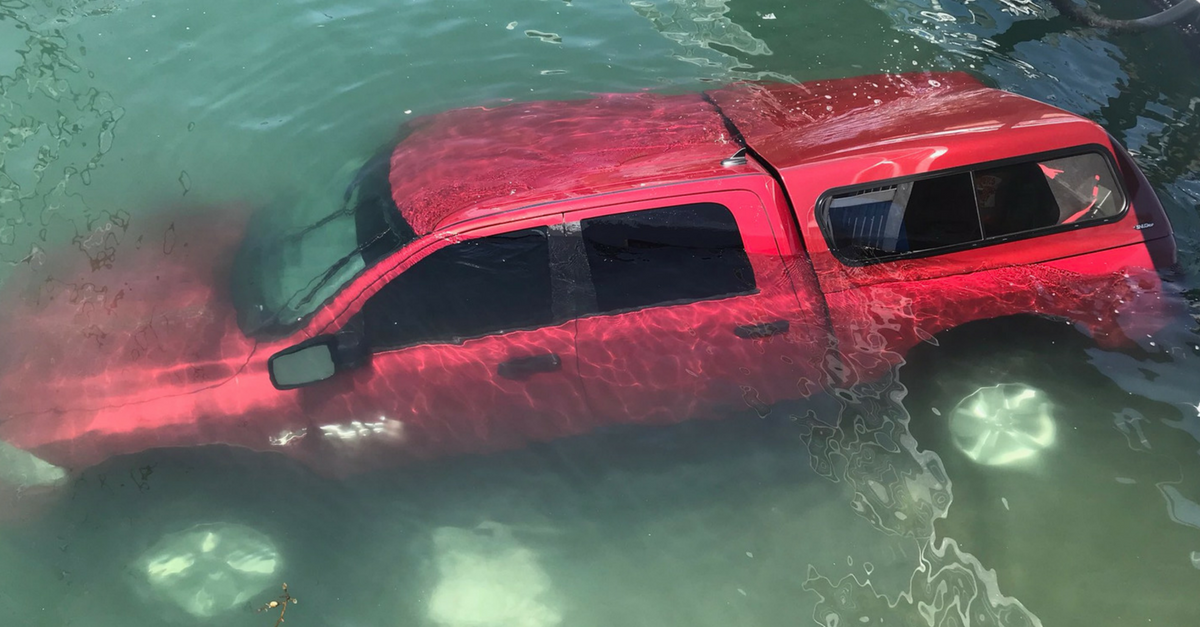 A truck crashed through a guardrail at the marina in Long Beach, California and plunged into the water with an elderly couple and a dog inside and, pretty much immediately, several heroic individuals were on the scene to make sure that the incident didn’t become anything more than a whole lot of car insurance problems.

Video of the rescue was captured by Jeff Jones, a captain with a boat towing service in the area. Jones did not capture the initial crash on camera but heard the crash nearby and ran up to find responders already on the scene, rescuing all three occupants from the vehicle.

Despite that the little emergency at the end of the video, the man did indeed make it out okay. And, since everyone lived and no one was even hurt, let me start by saying… lol at the windshield wipers being on.

Also, thank God that dog got out. I would have been terrified for the dog if that were my car. The dog probably would have been my first priority. Dog, wife, me. That’s the order on a sinking boat, right? Dogs, then women and children, then the men? (Obviously the rich get to go before all those, though.)

Kudos to everyone involved in the rescue. Even though the water didn’t appear to be all that deep there’s no way that every second of that wasn’t heart pounding. Way to save the day.

Editors Note: This article was originally published on August 20, 2018.