Waffle House is Preparing to Stay Open During Hurricane Florence 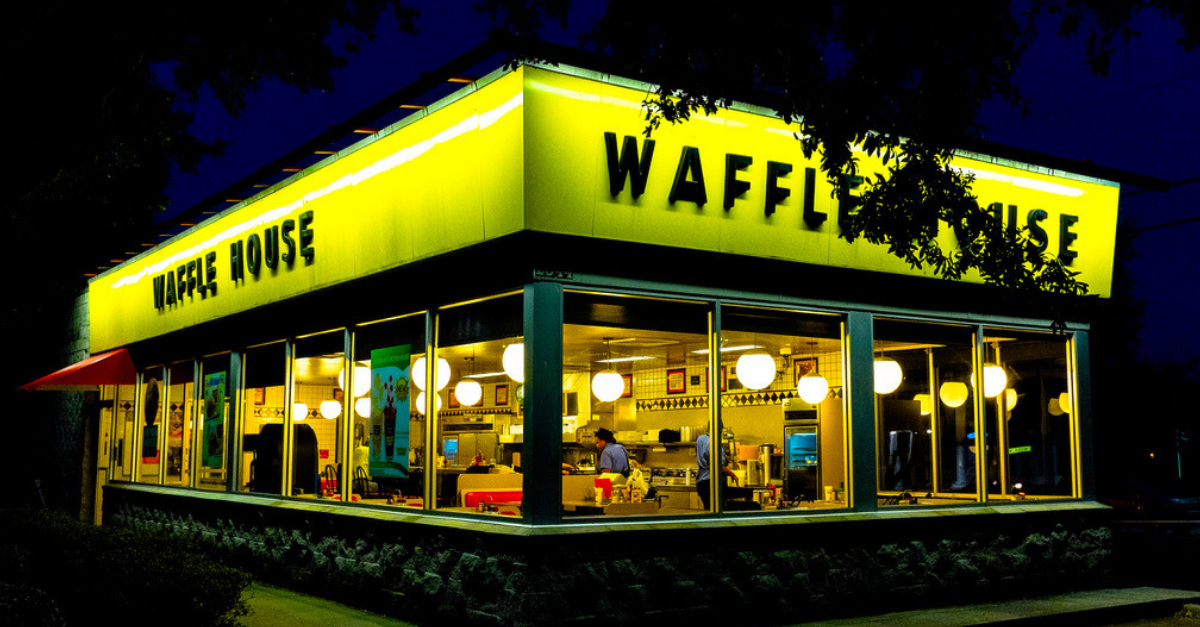 The Waffle House never closes. Like, ever. The Four Horsemen of the Apocalypse could be raining sulfur and death on the Southeastern United States and you could still get a pecan waffle and grits. At three in the morning. If there were a Waffle House in London during The Blitz that bad boy would have been taking orders for steak and eggs in between bursts of anti-aircraft fire.

The only thing that really ever does close a Waffle House is a direct hit from a tornado, maybe the building being on fire, or an exceptionally strong hurricane. But even then, that hurricane has to be strong, or the restaurant has to be probably like over 50% on fire. In fact, the Waffle House is so hard to close down that FEMA uses a scale based on Waffle House closures to tell just how bad a hurricane and its aftermath actually are.

The scale is called The Waffle House Index and it goes like this:

GREEN: full menu – the restaurant has power and damage is limited.
YELLOW: limited menu – no power or only power from a generator, or food supplies may be low.
RED: the restaurant is closed – indicating severe damage.

Waffle House will literally serve you food even if it has no power or has to run its restaurant on a generator, and chances are half the time that “generator” is just a cook standing out back, smoking a cigarette and turning a hand crank.

Naturally then, as Hurricane Florence bears down on the east coast, Waffle House is (seriously) preparing. They’re not going to let a little Biblically strong wind stop them from slinging hash browns.

The ⁦@WaffleHouse⁩ Storm Center is activated and monitoring #Florence. Plan ahead and be safe. pic.twitter.com/UOBi5oZRRi

Presumably, the Waffle House storm preparedness team is discussing how big of a tree has to crash through their roof and crush their flat top grill before the menu becomes waffles only.

So remember, if you’re in the middle of a natural disaster but you see an open Waffle House, you’re actually completely and totally safe, and you should go have some waffles.