A photo of an elderly couple eating at Wendy’s has gone viral after being shared on the popular Facebook page “Love What Matters.” The user who uploaded the picture said she spoke to the man featured in it, who told her that his wife of nearly 75 years was suffering from Alzheimer’s disease.

“As I was sitting eating my double cheeseburger at Wendy’s, I glanced over at this older couple, and thought, ‘That’s sweet’ and continued with my meal,” the user wrote. “But when I looked again, in between bites, I saw this gentleman feeding his wife. My whole life I’ve yearned for a love that strong. The gentleman got up from his seat to throw his food away, and I couldn’t resist asking how long he and his wife had been married. He looked at me and asked me to guess his age but not to guess too low. After a few guesses he told me he was 96 and his wife is 93, who is suffering from Alzheimer’s. This is their date night. He also told me that if they make it till June, they will be celebrating 75 years of marriage!”

Since the photo was posted last week, it has received more than 14,000 likes and twice as many shares.

“Getting all the way to the end of the line with the person you started out with is one of the most glorious things on the face of this earth,” the poster continued. “Could a couple be more blessed than to have that happen? To share a deep love and bond that only grows as we age, that is a beautiful thing.”

RELATED: A man begged his elderly parents for money in a home-for-the-holidays prank 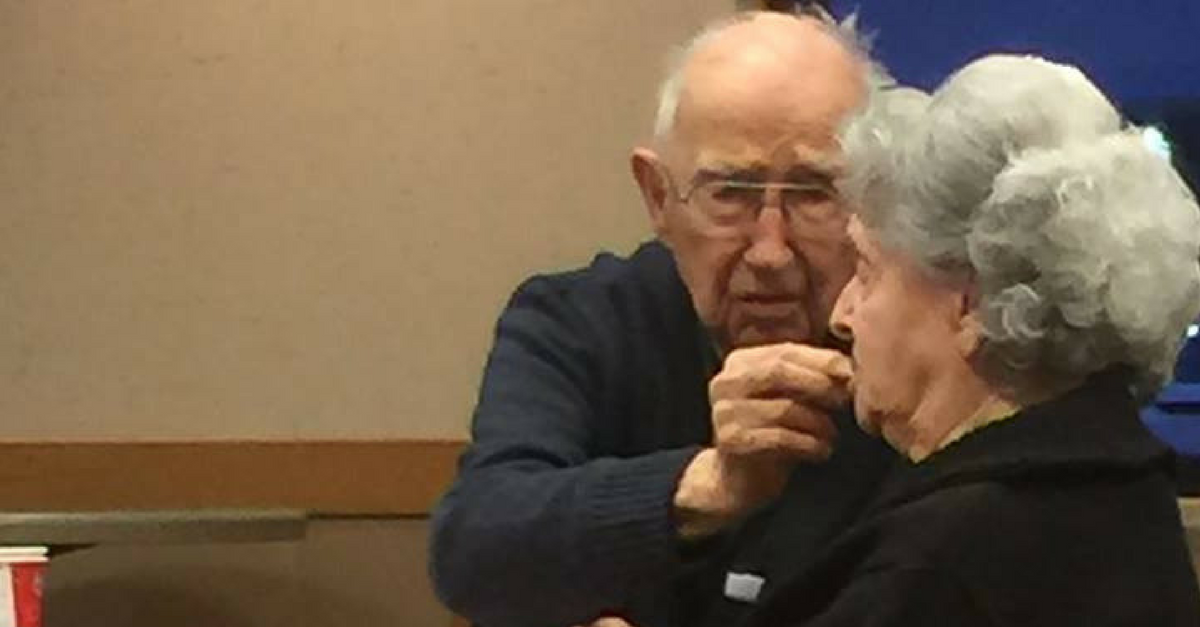