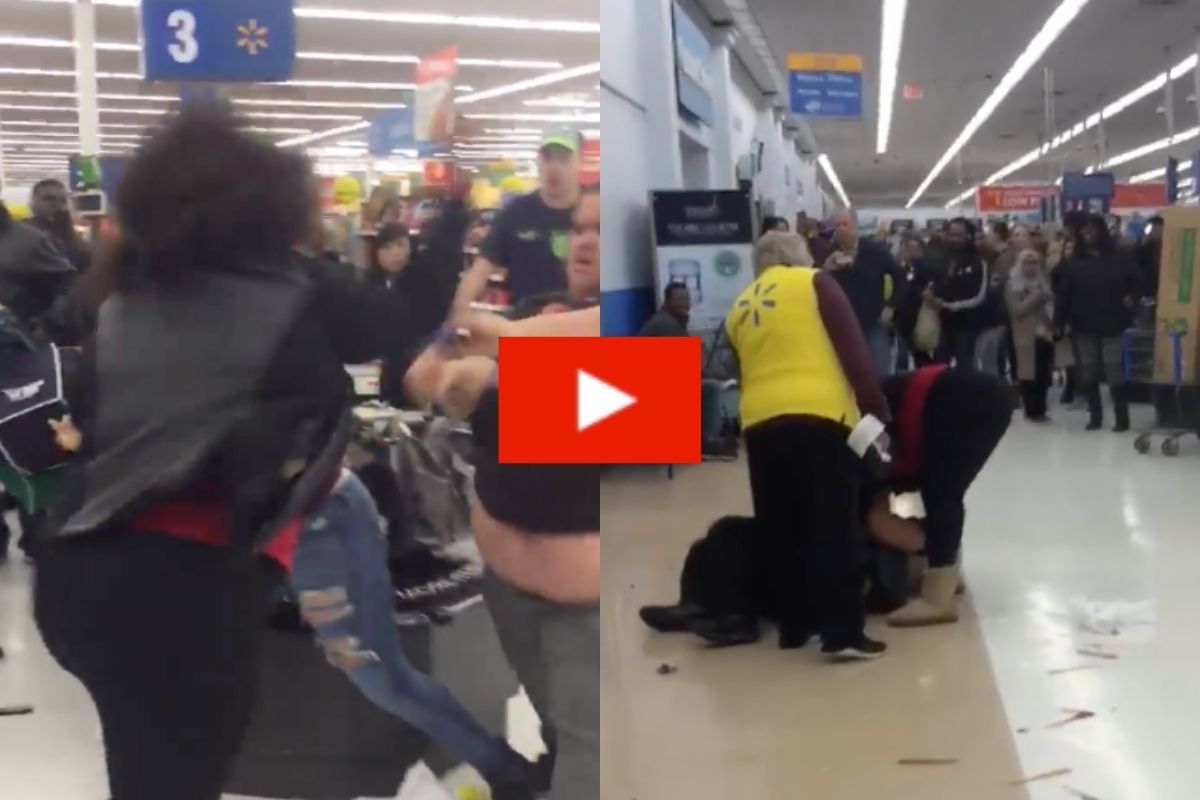 The Walmart on Grayson Road in Harrisburg, Pennslyvania was the scene of, really, just some pretty standard Walmart stuff. In this instance that would be a checkout counter brawl between a group of six women and men (including one juvenile) that left groceries and dignities strewn about the floor.

The Walmart brawl caught on video at the Harrisburg Walmart by Devin Isom was uploaded in a Facebook video and shows the fight in all its sloppy, haphazard glory. The sort of good stuff usually reserved for the holiday season, the time of year when thousands of American adults are willing to beat each other to death over Christmas presents. This fight, however, was over what was apparently just a “disagreement” between the two groups involved. By the time the cellphone video starts, though, it’s unclear what the disagreement actually was.

Warning: Inappropriate language is used throughout the video.

That video was pretty much just a Kid Rock soundtrack away from being perfect. Either that or the police officer in the video mercilessly tasering someone.

Who won this Walmart brawl? If you guessed “No one” you’d be right (though at least the other Walmart shoppers got a show). Also, thankfully the elderly Walmart employee who put herself way too close to the situation didn’t get knocked over and suffer the sort of head injury that would put a 25-year-old out for a day or two but would leave an old person pretty much tapped out for the rest of their lives. Can you imagine losing your faculties for the rest of your life because some trash monsters got into a fistfight over butting in line in the checkout aisle? No decent person deserves that. That female employee is a saint.

According to Swatara Township Police, all six of the people involved in the brawl were charged with disorderly conduct. Four of the six were also permanently banned from Walmart.

Editor’s note: This article was originally published on January 8, 2019.