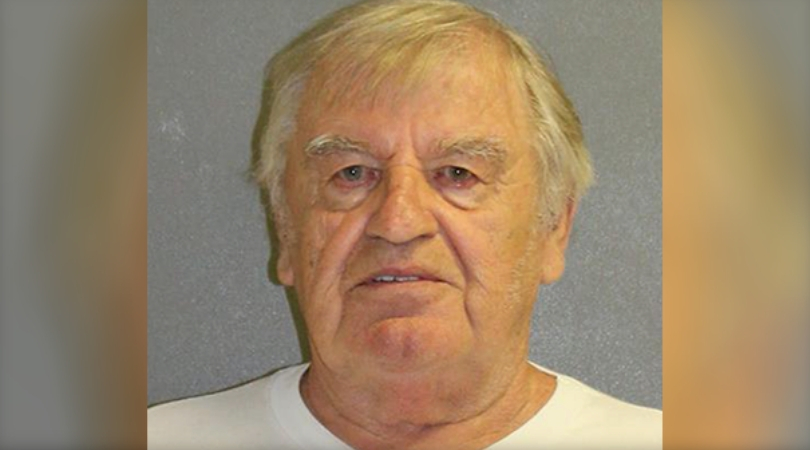 For some reason, almost all weird stories happen at Walmart. If there is something odd and unexplainable, it usually always happens at the Walmart…especially if it’s in Florida. You see, a man was arrested over the weekend after he allegedly offered a woman up to $200,000 to buy her 8-year-old daughter outside of their local Walmart. Police in Port Orange, Florida stated  81-year-old Hellmuth Kolb was charged on false imprisonment and battery.

According to reports, Tracy Nigh was sitting on a bench with her child outside the store, when Kolb approached her and began to strike up a conversation. The talk then turned personal, as he asked if she was married and then inquired about her daughter. He began asking Nigh several times is she would take money in exchange for the girl.

The mother stated that the first amount he offered was $100,000, the second was $150,000 and the third and final amount was $200,000. The mother responded with a quick no, standing up and walking away from the man. But, according to the mother, Kolb quickly grabbed her daughters arm, tried to pull her and kiss her wrist. Now, whether this man did have that amount of money just floating around in his bank account, who knows? But, the fact that he did it out of the open, and expect the mother to just say yes, surprised me quite a bit.

Nigh pull her daughter back and left the store, notifying Walmart security before leaving walking to her car. The incident was luckily caught on video by security cameras, and police were able to identify Kolb based on a recent credit card transaction and with the help of another woman who posted a similar experience on social media.

Kolb was charged and booked at the Volusia County Jail September 29, on charges for false imprisonment and battery. He was later released after posting bond, telling police he didn’t know why he was charged in the first place. Nigh took to social media to warn parents about her encounter, urging mothers to keep an eye out for their children whenever they in any retail place.