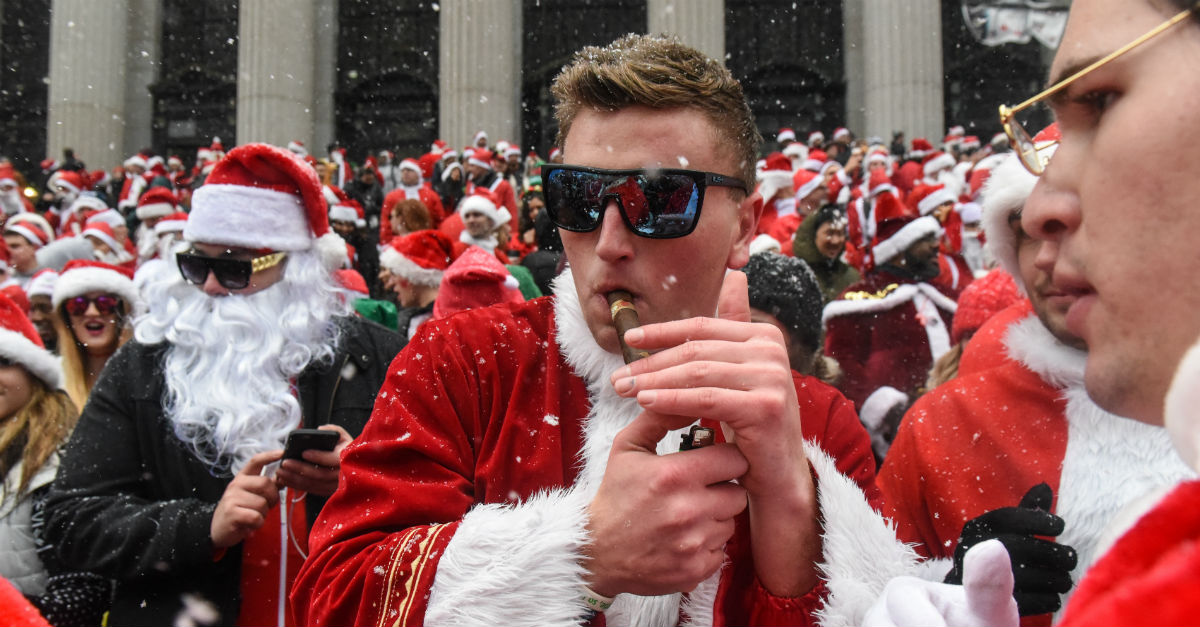 You can have a green Christmas this year thanks to the “Weed Marijuana Leaf Christmas Tree” that’s selling on Walmart’s website — or at least, it was selling before mysteriously vanishing on Wednesday, only a few hours after The Kansas City Star ran a story about the product.

RELATED: A couple says police ransacked their house after mistaking hibiscus for marijuana ? it?s ridiculous that authorities were called at all

The leaves on the tree look like they’re sprouting from a marijuana plant and the description on the store’s website read:

This Pot Leaf Christmas tree will ‘light up’ the room and put your mind in the right head-space for holiday cheer. You?ll be able to relax and giggle at the marijuana leaves and decorate it as you please. This alternative Christmas tree is perfect for personal top shelf life at home or as a medical dispensary decoration. Green Wishes and Happy Holidhaze!

The item was originally reported by The Cannabist, and the site noted that the tree is sold and shipped by “Brands On Sale,” which is a novelty costume company. It was priced at $250, but shipping was free, so that’s a definite bonus.

It’s unclear why the product was taken off Walmart’s website. Only a fraction of the products that you see on the company’s website are actually sold by Walmart; instead, most of them are sold and shipped by third party companies. Walmart has a lot of loose rules about what they will sell on their online marketplace. As we’ve reported previously, they do not allow merchandise bearing the Confederate Flag to be sold online or in stores, but there doesn’t seem to be any rule barring marijuana references and there are plenty of other products showing off the five-fingered pot leaves.

The argument about legalizing marijuana has been going on for generations, but now a majority of Americans actually support legalization and that percentage seems to be increasing per a Gallup poll from October.