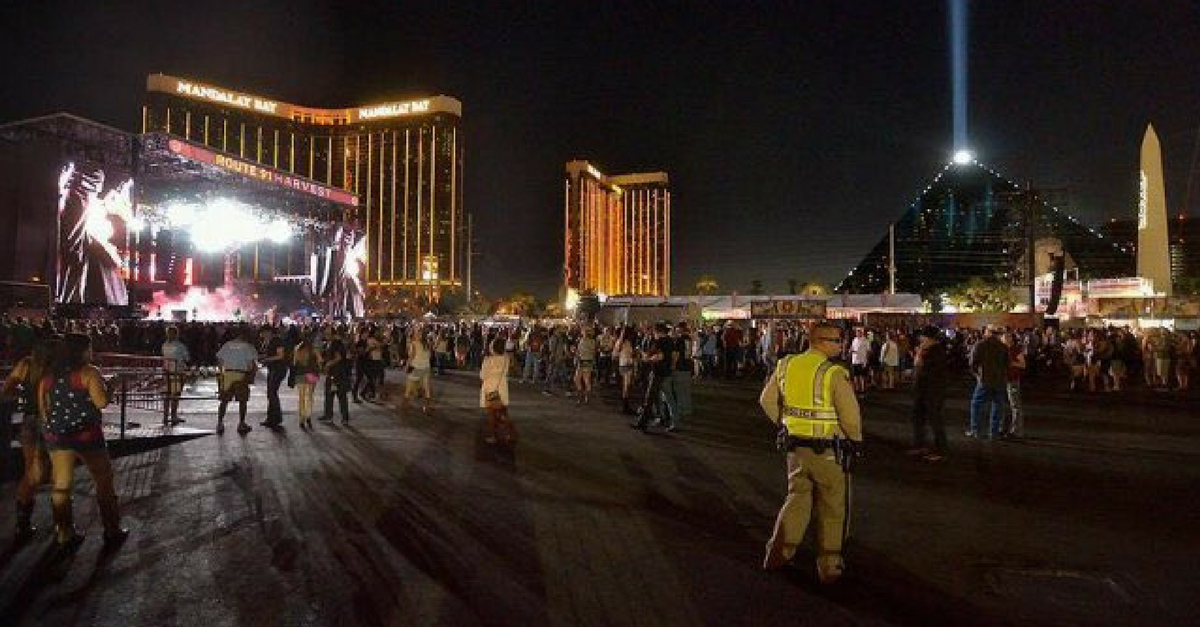 All of the victims in October’s horrific Las Vegas massacre died of gunshot wounds inflicted by gunman Stephen Paddock, including the shooter himself.

“Our Coroner John Fudenberg has released additional information related to #1october,” Clark County tweeted on Thursday night. “The 58 victims died from a gunshot wound or wounds. Their deaths were ruled homicides. Suspect Stephen Paddock’s manner of death was suicide, the cause was an intraoral gunshot wound to the head.”

RELATED: The Justice Department just made a big announcement on a key part of the Las Vegas massacre

Our Coroner John Fudenberg has released additional information related to #1october. The 58 victims died from a gunshot wound or wounds. Their deaths were ruled homicides. Suspect Stephen Paddock's manner of death was suicide, the cause was an intraoral gunshot wound to the head. pic.twitter.com/WscNqkfXey

While survivors have indicated that they suffered injuries other than gunshot wounds during the deadliest mass shooting in United States history, the coroner’s office has determined that none of the victims were trampled to death while trying to flee. In fact, most died from a single gunshot wound, with only four having been hit by multiple bullets. 21 people were shot in the head, while 36 others passed away from chest and back wounds. Just one person died from a gunshot wound to the leg.

After injuring an additional 500 people by unloading rounds of bullets onto a crowd of 22,000 people enjoying a country music concert from the 32nd floor of the Mandalay Bay Hotel, shooter Stephen Paddock turned the gun on himself and took his own life with a gunshot to the mouth. The coroner has since ruled his death a suicide.

RELATED: A gunman opened fire from a building where the Las Vegas shooter once lived

Neither Las Vegas Police nor the FBI have yet publicly announced Paddock’s motive for the shooting, and it looks like we may not know for almost a year. The chief of the FBI’s Las Vegas office has stated that the agency most likely won’t brief the public on the matter until their report is released sometime before the first anniversary of the tragedy.

“Now that?s a long time for some people, but speaking for the FBI, that?s light speed, all right?” Special Agent in Charge Aaron Rouse told the Las Vegas Review-Journal. “As I sit here today, I believe that we are learning as much as we possibly can about why the subject did what they did.”