While covering Hurricane Michael‘s landfall on the Florida Panhandle Weather Channel correspondent and severe weather masochist Jim Cantore almost died in a way that he probably will actually, eventually die when he was nearly ripped in half by a flying piece of wood.

A video shows Cantore standing in Hurricane Michael‘s punishing winds and giving a report on the storm. Then, he notices something flying his way and runs out of its path. Less than a second later a big ass piece of wood flies on screen, pretty much right where Cantore was standing. Had he not moved that thing would have probably parked itself in his ribcage.

These weather reporters really need to cut it out with the whole, “Look how in danger I am” gimmick. I mean, I love it, but one of them is going to die in a horrible way. The one-upmanship is eventually going to get out of control. Again, I am extremely down to watch this, but objectively it’s a terrible idea. Eventually, Cantore is going to be so desperate to top himself or a rival reporter that he’s going to try to windsurf a tsunami or fly a hang glider around a tornado and all his family will have left to bury is one arm and part of his scalp.

Just slap some durable cameras on some sturdy buildings and get the hell out of there. None of us need to see Jim Cantore’s skull caved in by a flying cinderblock to understand that hurricanes are windy.

Obviously, though, the whole point of this isn’t meteorological journalism. It’s to captivate the audience with the slim possibility that someone is going to die a Final Destination death on live TV. But it never happens. Jim Cantore has been edging the country for years. 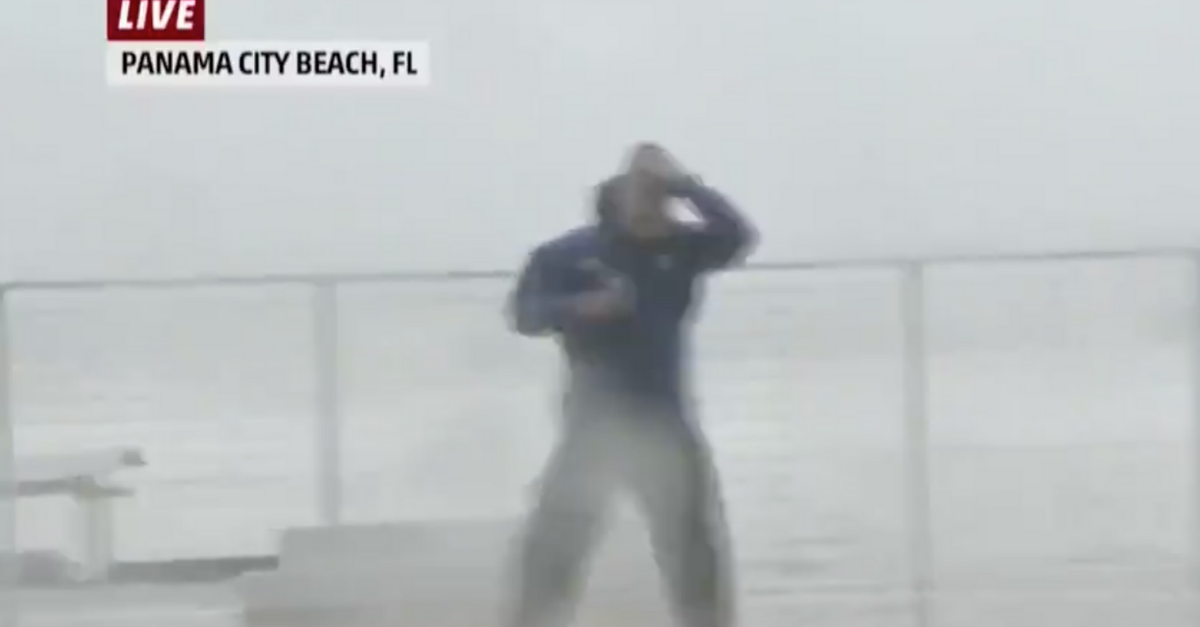