What’s in the new budget deal for regular Americans? More than you’d think 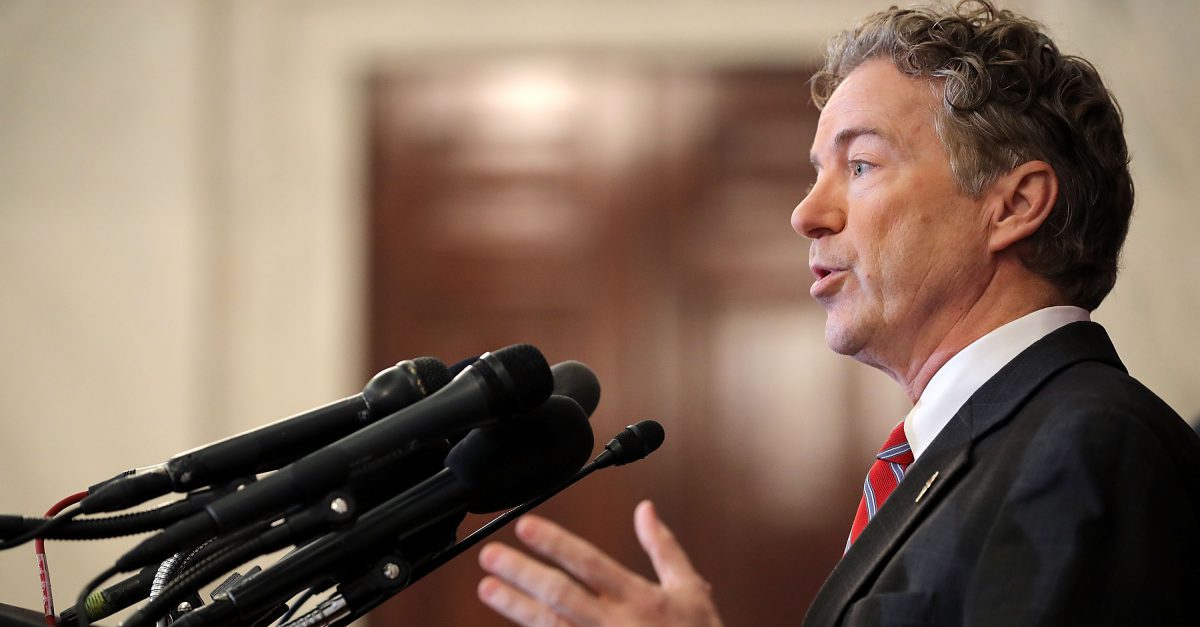 Chip Somodevilla/Getty Images
WASHINGTON, DC - JANUARY 16: Sen. Rand Paul (R-KY) answers reporters questions during a news conference about proposed reforms to the Foreign Intelligence Surveillance Act in the Russell Senate Office Building on Capitol Hill January 16, 2018 in Washington, DC. Paul is a part of a bipartisan group of senators that supports legislation they say would protect Americans from foreign threats while preserving their privacy. (Photo by Chip Somodevilla/Getty Images)

While the media — and most of Congress, too — just wants to talk about immigration, the impending expiration of DACA and (yet another) government shutdown, we took a look at what the proposed Senate bill would do to help average hardworking Americans.

The massive, 652-page, $300 billion two-year package would keep the government running at current funding levels until March 23, provide $89.3 billion in emergency disaster relief funds to help citizens devastated by 2017’s hurricanes and wildfires and give the Pentagon a major spending boost.

RELATED: Senators strike a deal, and the government is up and running again ? for now

It would also offer help for problems and frustrations many Americans face every day.

The package offers $6 billion over two years to fight opioid addiction nationwide. Those funds would go to drug abuse prevention programs and beefing up law enforcement operations. Though President Trump declared the opioid crisis a national emergency last October, no federal funds had been dedicated to fighting the problem until now.

The deal would provide $4 billion over the next two years to make college more affordable, especially for teachers, police officers and fire fighters. The package would also make a new tax on investment income applicable only to schools with ?tuition-paying? students, protecting the endowments of some colleges. Some say the provision was specifically written to shield the $1 billion endowment of Berea College, which does not charge tuition to any of its students and is in Kentucky, the home state of Senate Majority Leader Mitch McConnell.

It would extend funding for the Children’s Health Insurance Program (CHIP) for an additional four years. The bill signed by President Trump in January (the one that also ended the last shutdown stand-off) included six years of funding for CHIP, the program that provides health coverage to 8.9 million kids from low-income families and roughly 370,000 pregnant women nationwide. This package would fund the program for 10 years, covering routine check-ups, doctor visits, prescriptions, emergency care and hospital stays, and more for children in families with incomes too high to qualify for Medicaid but low enough to make other insurance financially painful.

It would extend a slew of tax breaks, including deductions for mortgage debt forgiveness and mortgage insurance premiums. Deductions for tuition and fees for higher education expenses would stay in place. Credits for railroad maintenance, Native American employment, mine rescue team training and energy-related credits for certain wind energy plants, geothermal heat pumps and fuel cell projects would all stay in place.

If some of the bill’s policies or plans sounds vague or even non-existent, it’s because they are. The nitty-gritty spending details of the broader budget package still have to be worked out in the coming weeks.

There are also a few items lawmakers seem to have thrown in the huge budget bill just because they wanted them.

For example, ?high-dollar? lottery winners would no longer be eligible for Medicaid and have to pay for their own medical service out-of-pocket. Of course, Congress has a somewhat complicated formula for what ?high-dollar? means, but the law establishes that anyone making more than $80,000 in lotto or gambling winnings would get the boot from the state-based healthcare system, unless they could prove a medical or serious financial hardship. This is something some House Republicans have been trying to do for awhile.

The bill also would create two new special congressional committees, one on pensions and one on the process unfolding in front of us–Budget and Appropriation Process Reform.

Details on the pension committee are few, but the committee could tackle the question of retirees left hanging by companies and pension plans that went belly-up before paying out as promised.

The other, to be called the Joint Select Committee on Budget and Appropriations Process Reform, “shall provide recommendations and legislative language that will significantly reform the budget and appropriations process,” according to the bill. The 16 members of the House and Senate would have until Nov. 30 to work out a better way to handle the federal budget.

It’s clearly a much-needed move, since this budget was supposed to be done months ago.